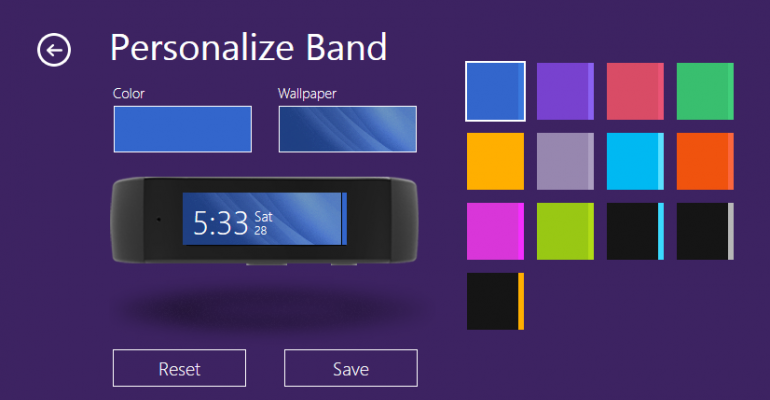 It has been a solid week for Microsoft’s popular wearable.

The week began with last Monday’s big update that added cycling as an activity, a very functional virtual keyboard, Cortana based dictation for text replies and a Software Development Kit (SDK) for developers to build Band based apps.

With all the focus on the Band's updates one that you might have missed is an update to the desktop sync app which is also available to sync your Band’s data to the Microsoft Health portal.

In order to get the update you must attach your Band’s charging cord to your desktop computer and then attach your Band to start the charging/sync process. Once you have signed in and started a sync then you will get a prompt to update the desktop sync software.

After the update is applied your Microsoft Band Desktop Sync app will be updated to version 1.3.10218.1.

The main screen looks very much like the former one with two exceptions:

The Dashboard menu item on the left takes you to the new web based Microsoft Health portal that was announced alongside all the other updates this past week. Then, if you look closely at the image of your Band’s screen in the center, you will see a  pencil/edit icon in the lower right hand corner.

Clicking that takes you to the new Personalize Band options screen to customize your Band's default colors and wallpaper.  Previously these options were only available through the Microsoft Health app on Windows Phone.

This is a solid update to the desktop sync tool which makes customization very easy.

Someday I would like to see access to the Microsoft Health dashboard directly integrated into this app for even more ease of access.  Who knows - maybe there is a Universal App coming soon to cover all the platforms - that would most certainly be nice addition to the suite.