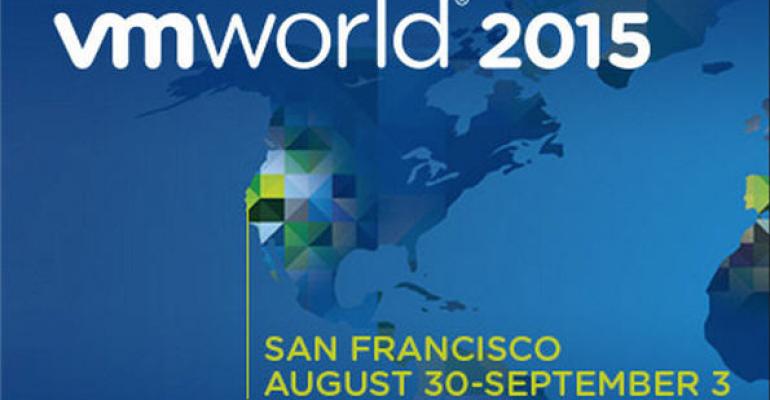 Read about VMware's announcements at VMworld 2015

More than 23,000 attendees were at this year’s VMworld 2015 conference in San Francisco. In this year’s keynote Carl Eschenbach, VMware’s President and Chief Operating Officer, said the theme VMworld 2015 is Ready for ANY theme. That certainly seems to fall in line with VMware’s practical customer-oriented focus. Unlike, Microsoft or Amazon who seem primarily focused on moving you to their cloud offering, VMware is presenting a hybrid approach that’s focused more on addressing immediate customer problems and pain points and less on migrating you to their cloud offering. VMware put forward their concept of the Unified Hybrid Cloud which is essentially about bridging the gap between your on-premise infrastructure and the cloud. Carl presented the concept of “One Cloud” which doesn’t mean choosing a single cloud vendor. Instead “Once Cloud” describes seamless integration between private cloud(s) and public cloud(s) -- eliminating the distinction between on-premise and off-premise IT.

EVO SDDC
EVO is VMware’s hyper-converged infrastructure offering. Previous versions of EVO RAIL and RACK were focused more toward medium and small business or departmental solutions. EVO SDDC (Software Defined Data Center) is enterprise and data center focused. Building a SDDC is normally a complex undertaking that can take weeks or months. VMware’s goal with EVO SDDC is to go from zero to a SDDC in two hours. Built on scale-out architecture EVO SDDC starts with 8 servers and can grow from there. Each rack can support 1000 IaaS VMs or 2000 VDI VMs.

VMware EVO SDDC will include VMware EVO SDDC Manager, a management and automation engine that is designed to simplify VM management tasks like the provisioning and monitoring of virtual and physical resources.

To illustrate the capabilities in their new Hybrid Network Services VMware demoed using the Web Client to initiate a Cross-Cloud vMotion where they moved a live VM from an on-premise ESXi server to the cloud and back.