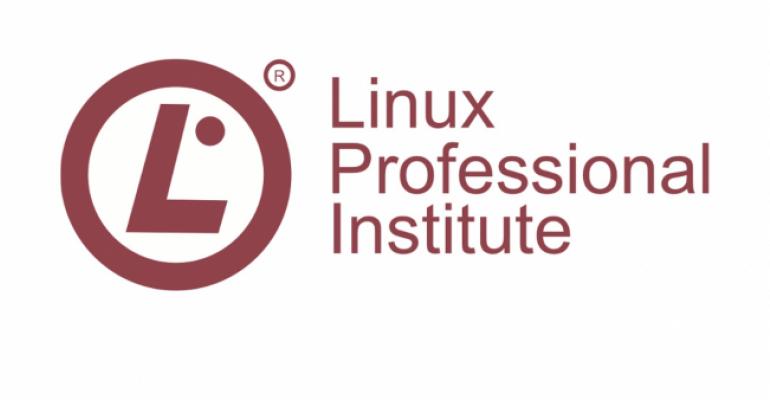 Although the certification won&#39;t be available until next fall, those interested in the program can help shape its contents now through an online survey.

Those with open source DevOps skills will soon have a new tool to help them get past the gatekeepers in HR offices. The Linux Professional Institute has announced it has plans to offer an "OT DevOps Engineer" certification. When released next fall, the program will "test proficiency in the most relevant free and open sources tools used to implement the DevOps collaboration model, like, for example, automated configuration or container virtualization."

Although there are already DevOps certifications available, for example from AWS, this one will be a little different. As with all of the institute's other certification programs, it will focus exclusively on open source tools and applications.

"The focus will be open source," Fabian Thorns, LPI's director of certification development, told IT Pro. "We put the term 'Open Technology' in the name of the new certification to stress that the scope is everything that is open, so proprietary tools won't be in the exam."

This doesn't mean that the certification will be platform specific and only helpful for those working with open source operating systems like Linux.

"Most of these tools work on Windows and BSD as well as Linux," said G. Matthew Rice, the institute's executive director. "We're expecting that the certification will appeal to anyone using open source tools, regardless of OS platform."

Commonly used proprietary tools won't be completely kept out of the picture, but those seeking the certification won't have the need to scramble to gain access to expensive proprietary software.

"There may be mention of closed source tools," Rice explained. "However, as with our other certifications, if closed source options are mentioned, it would only be at an awareness and functionality level. We wouldn't expect the candidate to have access to the proprietary tools themselves."

The Linux Professional Institute is a Toronto based nonprofit providing vendor-independent professional certification for Linux system administrators and programmers. The costs for becoming certified range between $110-$188.

Although the DevOps certification isn't going to be made available until next fall, there's a reason why we're telling you about it now. According to the institute's website, the folks at LPI would like input from people who use open source DevOps tools and applications.

"The new certification is created according to LPI‘s community-based certification development process. This process relies heavily on involvement by the IT community. To determine the relevance of potential exam content, LPI launched a Job Task Analysis (JTA). The online survey is the foundation of the new certification’s objectives and ensures the exam reflects exactly the skills required in the industry."

Participation in the JTA survey is open to anyone working in open source and DevOps.