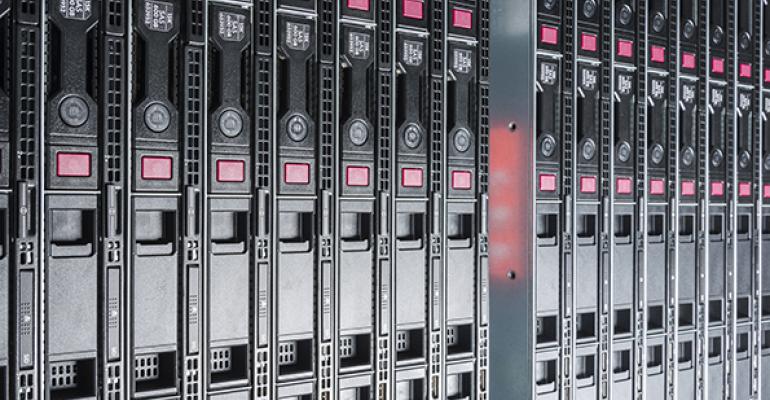 Climate Fears About Cloud Computing Have Been Vastly Overstated

(Bloomberg) -- This has been the decade of the data center, which can be measured in a ten-fold increase in traffic and a 25-fold jump in worldwide storage. The surge was thought to come with a steep cost for the climate, since all those racks of servers run hot enough to require special cooling systems and vast amounts of energy.

But data centers are rapidly becoming more energy efficient, and new research suggests there’s no longer a close link between more cloud computing and more energy use. A report published Thursday in Science credits the progress to better management, more efficient hardware and the rise of “hyperscale” data centers created by tech giants.

Back in 2010, according to the report, data centers globally used about 194 terawatt-hours of electricity—about as much power as Iran used that year. By 2018 that figure had increased to 205 TWh. That’s a 6% rise in power use, in a period that saw data-center computing grow by 550%.

The data-center industry’s 20% annual improvement in energy intensity dwarfs all other major parts of the economy. The power used today by data centers, 1% of the global total, is roughly the same as it was in 2010.

This was an unexpected result. Analysts have extrapolated the incredible rise in cloud computing on to data-center electricity consumption “leading to unreliable predictions of current and future global data center energy use,” according to the report in Science. Instead of collecting and analyzing power-use data, some researchers had been taking the growth factor seen in data-center internet traffic and assuming energy use was growing just as quickly.

This new research is the first major attempt to compile a bottom-up view of data-center energy use in a decade. Researchers based their work on reports published by Cisco Systems, Inc., Lawrence Berkeley National Laboratory and the International Energy Agency, among other sources.

“We don’t have nationally reported statistics for data centers,” said Eric Masanet, lead author and a mechanical engineering professor at Northwestern University. That created a lot of work for him and his colleagues. “We don’t see these estimates come out very often.”

In a blog post Thursday, Google celebrated the findings and touted the company’s own efforts at buying renewable power and cutting energy use. Urs Hölzle, senior vice president for technical infrastructure, wrote that Google can now harness about seven times as much computing power from the same amount of energy as it could five years ago. (Google and its parent company, Alphabet Inc., were not involved in the research by Masanet’s team or its funding.)

Can the trend continue? The rise of hyperscale data centers and potential for better efficiency in storage means that computing and power use may continue to diverge, at least through the next doubling of data-center workloads, which is estimated to take 3 to 4 years.

Masanet and his co-authors recommend policy changes to support continued efficiency gains. Government efforts such as the Energy Star program in the U.S. can include servers and networking equipment. Renewable energy can play an even bigger role in data centers through tax credits and procurement standards. Finally, there can be better data about data centers.

“Data centers are becoming way too important to not rally more research behind them,” Masanet said.