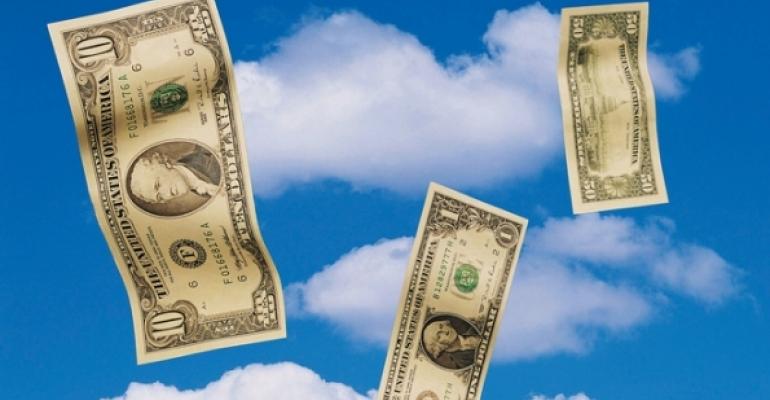 As cloud developments are rolled out at a faster pace, even big organizations are having a hard time keeping up, according to a new Rackspace survey.

Large enterprises are losing hundreds of millions of dollars each year because they don’t have the right cloud expertise in place to deploy cloud platforms quick enough, according to a report released by Rackspace today.

In The Cost of Cloud Expertise survey, Rackspace finds that businesses with over 1,000 employees are losing more than $258 million – or 5 percent of total global revenue – annually because of a lack of cloud expertise.

According to the survey, which was released in collaboration with LSE academics and Vanson Bourne, 40 percent of IT decision makers are concerned that they are unable to keep pace with the demands of cloud technology, including having the right expertise in place to maximize their cloud ROI.

Sixty-five percent of IT pros believe that with the right cloud expertise they could bring greater innovation to their organization. But the reality is, 44 percent of IT pros spend more time managing their organization’s cloud services than they initially expected, which means they are spending less time on more strategic projects. Of course, being a managed cloud service provider, Rackspace recommends that organizations outsource cloud management to free IT staff to focus on innovation.

Finding the right people to fill these cloud roles is not an easy task, according to the report, which finds on average it takes five weeks to fill an open role on an IT team. But the outlook is improving as both IT pros (68 percent) and IT decision makers (77 percent) said that they feel confident over the next five years they will have the right expertise in place to manage increased cloud usage.

Still, the biggest barrier to hiring the right talent is competition within the industry, according to 33 percent of respondents. Other hindrances to recruitment include the inability to provide sufficient training to individuals (25 percent) or sufficient career progressions (24 percent).

Forty-six percent of IT decision makers said that for an organization of their size, keeping up with cloud technology is difficult, and 42 percent said there is a lag in their organization’s ability to implement new cloud services and features as they are released due to a lack of available skills on their team.

Keeping up with the demands of cloud technology is a persistent worry for IT leaders. In a recent survey by Commvault and CITO Research, 81 percent of IT leaders said they are concerned about missing out on cloud advancements because of the pace of which they are rolled out.

Even for organizations who are addressing the talent gap, there are emerging technologies that will require new types of talent, such as Artificial Intelligence (AI), automation and data science. Forty-two percent of IT decision makers said that their organization will need expertise in rolling out automation technology in the next five years.

On the security end of things, IT pros are not feeling confident that they have the right expertise in place. Forty-two percent of IT pros said that cloud security and data protection skills are areas of expertise their organization needs to plan for and improve, with 48 percent of IT decision makers saying the same.