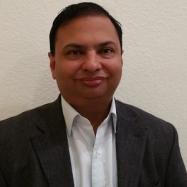 Anand Joshi is a principal analyst contributing to Tractica’s Artificial Intelligence Advisory Service, with a focus on computer vision and semiconductor technologies that enable AI applications. Joshi is a technology industry veteran with more than 20 years of experience, including specialization in the embedded devices market. During the course of his career, he has successfully built startup businesses as well as business units within larger companies.

Prior to his work with Tractica, Joshi was vice president and general manager of a business unit at Calsoft Labs, which was Adobe’s scaling partner and specialized in Adobe Flash Player. During his tenure at Calsoft, Joshi started the business unit and grew it to over 100 people worldwide, releasing more than 50 high-profile products. Earlier, Joshi founded Poseidon Design Systems, a startup focused on hardware acceleration of video via coprocessor. His team successfully raised two rounds of capital and grew the company to 45 people. Joshi’s early career spanned various engineering and marketing positions at Synopsys and LSI Logic. He currently serves as entrepreneur in residence at F50 Ventures, where his areas of expertise include Internet of Things, smart devices and wearable devices. In this role, he advises numerous startups on various technology and business issues.

Joshi is an experienced market analyst, having authored reports for BCC Research on the topics of embedded systems technology, mobile and web applications, multimedia technology, flash memory for enterprise applications, and the Internet of Things. He holds an MBA from the University of California-Irvine, an M.S. in electrical engineering from Virginia Polytechnic Institute and State University, and a B.E. from Amravati University.