/sites/all/themes/penton_subtheme_itprotoday/images/logos/footer.png
Recent
Recent
IT Pros Aren't Missing the Office
May 16, 2022
NSA Says ‘No Backdoor’ for Spies in New US Encryption Scheme
May 13, 2022
25 Years Ago: How Deep Blue vs. Kasparov Changed AI Forever
May 13, 2022
Create If Else Statements in PowerShell
May 12, 2022
Featured
What Makes Data Science Teams Thrive
Mar 04, 2022
5 Ways for Data Scientists to Improve Communication Skills
Apr 21, 2022
How to Spot the Warning Signs of Ransomware Attacks
Apr 20, 2022
Best Windows 11 Tips and Tricks: Top 11 Articles
Mar 18, 2022 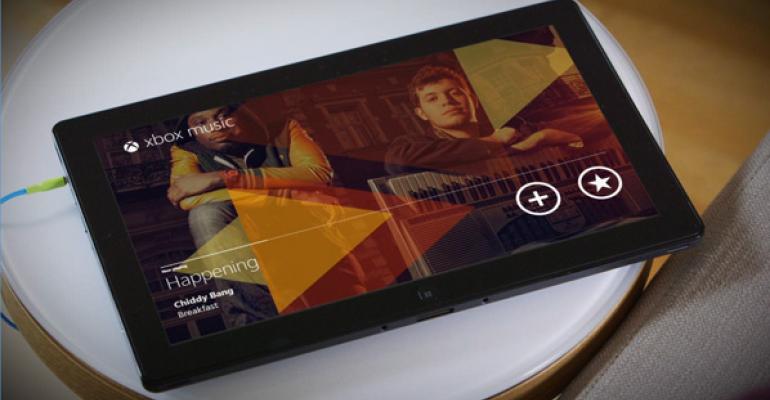 It's a simple feature, but Xbox Music adds cloud sync between devices

Playlists are lists of songs that can be played together as a group, like the modern version of a mix tape, a way for to organize songs you like, or that go together well, in cohesive, radio-like playback. Xbox Music of course support playlists on each of the supported platforms, and it automatically syncs them to the cloud so they’re available from all your devices.

Previous Microsoft media platforms supported two kinds of playlists: Plain, or static, playlists—simply called playlists—and dynamic playlists called auto playlists that were automatically populated using certain criteria. Dynamic playlists are very powerful, and their contents can change over time as new music matching the criteria is added (or removed) from your music collection over time. Alas, Xbox Music does not currently support dynamic playlists. Instead, it only provides plain playlists.

Note: Xbox Music does support a related feature called Smart DJ, which creates dynamic playlists, called mixes, which are based on only one criteria (typically music that is like a certain artist). You can find out more about this feature in Xbox Music Feature Focus: Smart DJ.

While playlists are a pretty basic feature, Xbox Music does bring one nicety to the party: Any playlists you create in Windows 8/RT, Windows Phone 8, and Xbox 360 are automatically synced to your cloud collection so they’re available from all your devices. (Note that I’ve not been able to make playlists created on Windows Phone 8 appear elsewhere, however.)

That said, there are—as always with Xbox Music, it seems—a few major caveats to this functionality.

A second major gotcha will bedevil some until they understand what’s happening: Even with Music Pass, playlists can only sync content that is available in the Xbox Music Store. So if you have a playlist that contains five songs which are in the store and five that are not, the playlist will sync, but it will contain only the five songs that are available in the store.

Playlist usage on Windows 8/RT is straightforward. Here, Playlists are a major view in the Xbox Music app alongside Albums, Artists, Songs, and Smart DJs. As with the other views, you can sort playlists in various ways, including by date changed, date added, or alphabetical (A to Z).

You can create a new playlist using the Create new playlist link at the top of this view. You’ll need to provide a name, of course.

To rename a playlist, right-click to select and choose Rename from the app bar that appears.

To add music to a playlist, just right-click to select a song, artist, or album and then choose Add to Playlist from the app bar, and then the name of the playlist.

You can also import playlists and auto playlists from Zune and playlists from Windows Media Player, though auto playlists will of course be converted to normal playlists. There are a few way to do this, but the easiest is to display the Playlist view, right-click, and choose Import Playlists from the app bar. Playlist importing is automatic, and you cannot choose which playlists to import. (You can however, delete any imported playlists you don’t wish to keep.)

Playlist playback in Windows Phone 8 is likewise straightforward in that there is a Playlists view in the Music experience in Music + Videos. But the creation and editing of playlists is a lot less obvious. In fact, its borderline useless.

To create a playlist, you need to go through a somewhat tedious process in which you first add music to the Now Playing playlist—that is, the list of music that is currently playing—and then save that as a playlist. That is, you can’t just select music and add it directly to a playlist. This means that you cannot add music to an existing playlist on Windows Phone 8.

Note: OK, that’s not strictly true. You can in fact start a playlist playing, add music to the Now Playing playlist, and then save that as a playlist with the same name as the original playlist, choosing to replace the old version with the new version. You need to use this method to remove songs from a playlist on the device as well. This need is both silly and error-prone, however.

To delete a playlist, tap and hold on the playlist in Playlists and choose Delete from the pop-up menu that appears. You can also use this menu to pin the playlist to the Start screen.

Playlists created in Windows Phone 8 are supposed to be saved to your cloud collection, but I’ve not been able to make any Windows Phone-created playlists appear in Windows 8/RT or the Xbox 360.

Playlist support in Xbox Music on the Xbox 360 requires Xbox Live Gold and Xbox Music Pass subscriptions. Playlists you created in Windows 8/RT can be found in My Music, My Playlists, and you can even make your own playlists from this interface

To add music to a playlist, search Xbox Music, find the music you wish to add, select the Add All Songs to Playlist tile, choose Add to Playlist, and then choose the playlist name from the list.

Playlists created on the Xbox 360 will appear in Windows 8/RT as well.