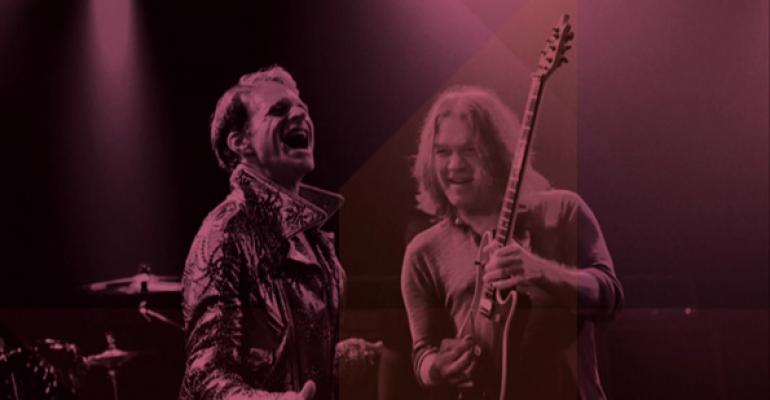 Cure your Apple envy with Play on Xbox, a cool way to integrate your Windows 8 PC or device or your Windows Phone 8 handset with the Xbox 360

While various media platforms support different methods for playing content from one device to another, Windows 8 brings a new capability to the table: Play on Xbox allows you to redirect the playback of certain music content from your PC, device, or Windows Phone 8 handset to the console, so that playback continues only on the latter.

Note: Play on Xbox is really a feature of the broader Xbox media ecosystem and it also works with Xbox Video content. This article discusses only its applicability to Xbox Music.

Play on Xbox vs. Play To

Play on Xbox should not be confused with Play To. That feature, which debuted in Windows 7 and is available on both the Windows 8 desktop (via Windows Media Player and the Explorer shell) and in the Metro environment, involves streaming content from your PC or device to the Xbox 360 or any other Play To-compatible device. With Play To, the sending PC/device has to be left on, and is typically used to control playback even after the receiving device begins outputting that content.

(Apple has recreated—and now expanded on—Play To with a proprietary technology called AirPlay.)

Unlike Play To, Play on Xbox involves the actual hand-off of playback from the sending PC/device to the console. And unlike Play To (but like AirPlay), Play on Xbox is proprietary, in this case to Microsoft, and is available only in the Xbox media apps in Windows 8.

As you’ve no doubt come to expect from any Xbox Music feature, Play on Xbox has some limitations. These include:

Play on Xbox also requires that you install the Xbox SmartGlass app (which is available for Windows 8/RT and Windows Phone 8). While this isn’t a limitation, per se, it’s an additional step. Xbox SmartGlass enables a number of cross-platform capabilities between Windows 8/RT/Phone and the Xbox 360, including various “second screen” scenarios such as this.

Assuming you have all the pieces in place—and live in a place where this is all supported—Play on Xbox is pretty nifty.

Albums, artists, and songs can be used with Play on Xbox. However, playlists and Smart DJ mixes cannot.

When you tap the Play on Xbox button, Xbox SmartGlass launches and handles the hand-off of your content playback to the console. On the Xbox 360, playback begins via a nice, full-screen Now Playing experience.

But on your PC/device, the Xbox SmartGlass app goes into a second screen mode in which you can learn more about the currently playing music or find similar music. You can also control playback of the music, on the Xbox 360, from this app.

From here, you can continue to use SmartGlass to find new music, either via the recommendations or through the Charms-based Search feature.

Play on Xbox works quite a bit differently on Windows Phone 8 than it does on Windows 8/RT. That is, there’s no way to trigger playback of music in the (Xbox) Music + Videos hub and then redirect it to your console. Instead, you must work directly with the Xbox SmartGlass app.

This is confusing for a number of reasons. But the big one is that most Windows Phone users obviously look to Music + Videos for their music needs, and there’s precious little hint that Xbox SmartGlass will do anything with regards to music. That said, there is an Xbox SmartGlass tile in the Xbox pane of the Music + Videos hub that provides a shortcut for launching that app.

(You can also launch Xbox SmartGlass from the Xbox Games hub, though curiously not from the All Apps list.)

When you launch SmartGlass, the app connects to your Xbox 360 console (which should already be on) and shows you an overview overview of what’s happening there in the Now Playing view in the default Home pane.

To find music, you will need to use the Bing search functionality, so swipe over to the Bing pane and type in the name of an artist, album, or song. Bing will deliver results across the entire Xbox ecosystem, so you can see games (for multiple platforms), music, and videos.

When you find the item you want, tap it to view its quick card and then tap Play on Xbox.

As on Windows 8/RT, this will launch Xbox Music on the console and the item will begin playing. As it does, the SmartGlass app on the phone will change and work similarly as it does on Windows 8/RT, with the same options—Play top songs (for an artist), My playlists, Find and play, and so on—biographical information, related bands, and more. Look familiar?

You can also tap the remote control button (which looks like an Xbox controller) to control playback from the phone. And as with a PC, you can continue to use SmartGlass to find new music, either via the recommendations or through Bing Search.