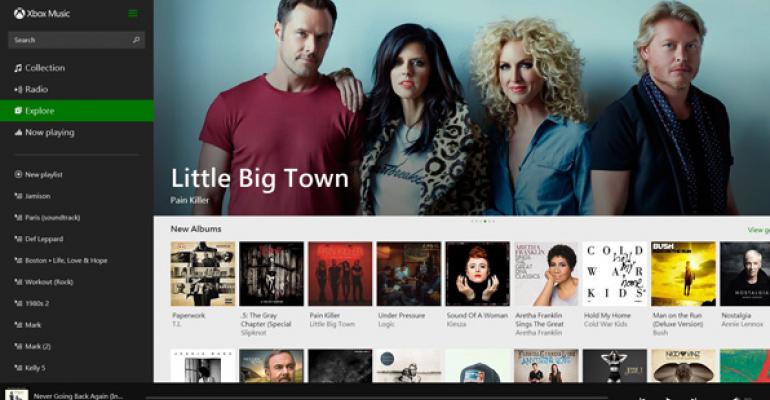 Houston, we have a problem

Microsoft quietly revealed via an Xbox support page that it will soon eliminate one of the key perks of Xbox Music: The ability to freely stream (ad-supported) music from the Windows and web versions of the Xbox Music client. This change will make Xbox Music less of a no brainer for Windows users, and while I agree that an Xbox Music Pass subscription solves the problem nicely, not everyone wants to pay.

And frankly, when it comes to Xbox Music, Microsoft needs all the help it can get. The firm doesn't advertise the amazing capabilities of this platform—which I coincidentally just described in Microsoft Consumer Services: Xbox Music—which work in concert to make it superior to competing solutions such as Spotify, Beats Music or whatever.

Or did. This change undercuts the advantages of sticking within the Microsoft stack, somewhat (though the privilege of free music streaming was never afforded to Windows Phone users, which is inexplicable).

You can see the damage being done at Xbox Support, which explains:

"Effective December 1, 2014, the free Xbox Music streaming feature currently available on Windows 8, Windows 8.1, and over the Internet will be discontinued in all countries where it is offered."

"We are focusing Xbox Music to deliver the ultimate music purchase and subscription service experience for our customers. With Xbox Music Pass, you have access to millions of songs on your PC, tablet, Xbox, phone, and the web. Download music for offline listening and create playlists that automatically sync across all your devices."

This change doesn't impact Xbox Music Pass, of course. Nor does it impact any music you've purchased through Xbox Music, including that you may have just discovered through the album deals with the new Music Deals app.

But here's where things get weird. And bad.

Major advantage, gone. And that is too bad.