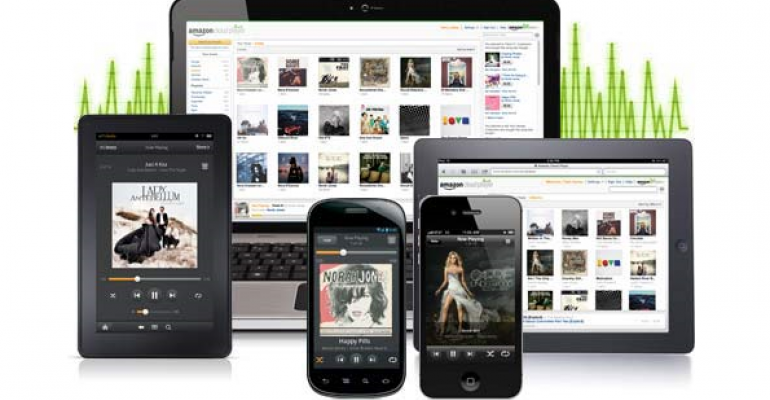 Digital Music: To the Cloud

I wanted to use Xbox Music, I really did

I’ve been preaching a “do more with less” strategy for personal technologies for years, but as with any advice, it’s easier to give than to take. After waiting to see whether Xbox Music would fulfill Microsoft’s ambitions of a one-stop shop for digital music, and watching it fail spectacularly, I’m going to have to fall back to plan B. And that involves looking elsewhere for my digital music needs.

To be clear, I’m not necessarily advocating this as the ideal approach for all readers. Indeed, it’s pretty clear that we all have different needs and wants when it comes to digital music and related media ecosystem services. But I’m hoping that a description of my own strategy will trigger a broader conversation around this topic and will cause some to rethink their traditional but perhaps out-of-date media management habits. I’m also hoping that Microsoft fixes Xbox Music, as I think anyone using Windows 8 in particular will admit that this set of services is half-baked at best.

But first, a look back.

In the old days, I would rip songs from audio CDs in whatever format and manage a local, PC-based music collection that I often replicated across multiple PCs and to a home-based server. Like some of you, I actually create the core of this collection first. I think my first stab at it involved medium-quality WMA files (in retrospect, a mistake, but it seemed like a good choice at the time), but I later re-ripped the whole thing in higher quality MP3 format.

The collection grew over time. With the release of various online music stores, I started adding music from sources that no longer exist or are relevant—Real, MusicMatch, MTV Urge, Zune, and others—as well as some that stood the test of time, like Apple iTunes and Amazon MP3 especially, but also Google with its Play service. Over time, the quality of songs from these services went up and DRM disappeared. Today, Apple, Amazon, Google, and Microsoft (now through Xbox Music) all offer high-quality songs in AAC or MP3 format.

This music was doubly nice because it’s DRM-free and could be used anywhere. So you could mix and match music purchases across multiple services, and I did. But I still needed to manage it manually. How one did this depended on a variety of factors, including which PC-based media player(s) one preferred and which devices one chose. If you went the iPod/iPhone route, as many did, iTunes was the only choice. Those with Zunes and later Windows Phones used the Zune PC software.’

Unfortunately, I used both. This was complex and tedious for a number of reasons, and further complicated by the other media—podcasts, TV shows and movies, audio books, iTunes learning content, and so on—that each provided. For music, album art required constant attention in both apps. If you’re at all fastidious—and I try, but … you know—this kind of thing is a nightmare.

Of course, it wasn’t just the local music collection. One of the Zune advantages that has endured is Xbox Music Pass (originally called Zune Pass), a relatively inexpensive ($9.99 per month or $100 per year) subscription service that evolved over time and today provides streaming and offline/download access to Microsoft’s extensive music catalog on Windows 8/RT, Windows Phone 8, and streaming access to Xbox 360. (It’s available on older Windows platforms too.) Since I’m a heavy user of devices in this ecosystem, and because I live in the US where bandwidth is both cheap and readily available, Xbox Music Pass has always made plenty of sense to me.

(Subscription services took various forms, too. I’ve subscribed to many radio-like subscription services, the most notable being Pandora and Spotify, both of which are excellent. But, over time, I gravitated solely to Xbox Music Pass.)

The other big revolution in digital music, I think was the one-two punch of online music lockers and music matching services, both of which are often and ideally combined into a single service. Google Music is an example of a “pure” music locker in that you get some amount of storage online (in this case, free will work for most users) and you can upload your music collection to the service and then access it online, via a web interface on the PC or a native app on mobile device (just Android in this case).

Music match services take the notion of an online music locker to its logical conclusion: Since companies like Apple, Amazon and now Microsoft already offer tens of millions of songs in high quality formats online, why bother forcing the user to upload their own music? Instead, utilities can scan the user’s music collection, match most of that music to music that the company already stores online, and then make that music (in higher quality formats, usually) available to them online. Any songs that can’t be matched will then be uploaded to the service, and what the user will get is basically their entire collection, in the cloud, with most of it being of higher quality than the original.

The first two big players here, of course, were Apple and Amazon. And both services, which are essentially paid services--$25 per year for Apple’s iTunes Match or Amazon Cloud Player Premium, respectively—are excellent. Apple provides access to iTunes Match through iTunes on the PC and on iOS devices (iPad, iPhone, iPod touch) only. Amazon provides access to Cloud Player via a web interface on the PC and iPad, and via native mobile clients for Kindle Fire/HD, Android, iPhone, and iPod touch.

Notably, neither of these services support Windows Phone. I feel there’s a chance, a good one, that Amazon will eventually get there. I don’t think Apple will ever support Windows Phone (or Android). So I’ve been heading towards Amazon and away from Apple. Again, your own needs could trigger different decisions.

Heading into 2012, I was using multiple PC- and device-based music clients, multiple online music stores, and multiple online music services of various kinds. In keeping with my advice-is-cheap “do more with less” philosophy, I really wanted to settle on a minimal number of services, and just move forward with whatever made the most sense.

I had hoped that Xbox Music would do it all. Certainly, that was the promise.

Looking back on my Xbox Music Preview article from June, and a more recent Xbox Music Preview from October, you can see how it should have stacked up: This service was to offer a huge music collection for purchases, Zune-like music discovery and sharing features, clients for Windows 8/RT, Windows Phone 8, Xbox 360, Android, and iOS (the latter two eventually), Xbox Music Pass for streaming and offline/download use, dynamic, radio station-like playlists, and a Cloud Collection (music locker) feature with music matching so you could get your own collection in the cloud. It sounds perfect on paper. It sounds like it offers everything that a long list of rival services offer, but all in one place.

If only the reality matched the promise. Anyone who uses Xbox Music today will tell you that it’s a mess. Xbox Music Pass works as well as ever, but the Cloud Collection stuff is confusing at best, especially on Windows 8/RT, and the music matching functionality is a tedious, broken waste of time. When you combine this horrible brokenness with other issues related to Windows 8 media management—how horrible microSD/USB storage devices are, for starters—it’s pretty clear that Xbox Music, overall, just isn’t there yet. Maybe it will be eventually. It’s just not today. It doesn’t just not work well. It doesn’t work, period.

So here’s what I’m doing. And again, this isn’t so much meant as advice for you as it is a heads-up about my own music management decisions.

To the cloud. Generally speaking, I want all of my music in the cloud. And I do not want to manage music locally except when I need to, for those semi-rare offline uses. Instead, I am using Amazon Cloud Player, which contains my entire music collection, including playlists.

PCs. Ido not need music on any of my PCs, ever. I want my entire legacy music collection in the cloud. I want to access it online only, and I don’t want that music taking up space locally. PCs are for work. And I have tons of devices that can play music. That music doesn’t have to come out of my PC. But I can access Amazon Cloud Player from the web interface when desired.

Home server. I will not be streaming my music collection from the home server, ever, to any PCs or devices. I simply don’t need to. Yes, I will continue to keep a copy of my music collection there, but it will be considered a backup and never accessed. What the heck, I have a ton of storage.

Phone. I use Windows Phone, and I will not be syncing any PC-based music to this device. Instead, I will use Xbox Music Pass and download a set of albums from that service to the phone for occasional offline use. I also manage a handful of podcasts from the device (US only, I know) using the functionality in Music + Videos. I am also downloading a few audiobooks to the phone.

Secondary phone/MP3 player. I use a second Windows Phone handset for media playback at home and on the road. This device has more music than my day-to-day phone, also via Xbox Music Pass, as well as podcasts and audiobooks.

Media tablets. The Kindle Fire HD, iPad mini and Nexus 7 can all use the Amazon MP3 app to access my Cloud Player-based collection. This app lets you download music for offline use. Soon, these devices should have access to the Xbox Music Pass service as well, via a pre-announced Xbox Music app.

And that’s about it. My music solution, such as it is, amounts to Amazon Cloud Player (which includes my entire, years-old collection) and Xbox Music Pass, neither of which is free. Had Microsoft gotten Xbox Music right, I could have stayed solely with that one solution. And who knows, maybe someday they will. I can change at any time. But right now, I like where it’s at.

Yes, your needs may vary. Many are still pursuing what I think is an old-fashioned strategy of managing music locally and syncing it over USB to devices. It’s time to move beyond that, I think. As with other data, music should be centrally located in the cloud and your PC should be a client, or end-point for that data, not the central store. The only reason not to do this is because you live somewhere where bandwidth isn’t cheap, or because you’re stuck with older devices that have no connectivity to cloud services. Or perhaps you simply can’t afford to pay for services like Cloud Player Premium or Xbox Music Pass. I get it, I do.

But the world is moving on. And it’s time to at least start considering moving that carefully curated music collection, the one you’ve been copying manually from PC to PC and from device to device, to the cloud.