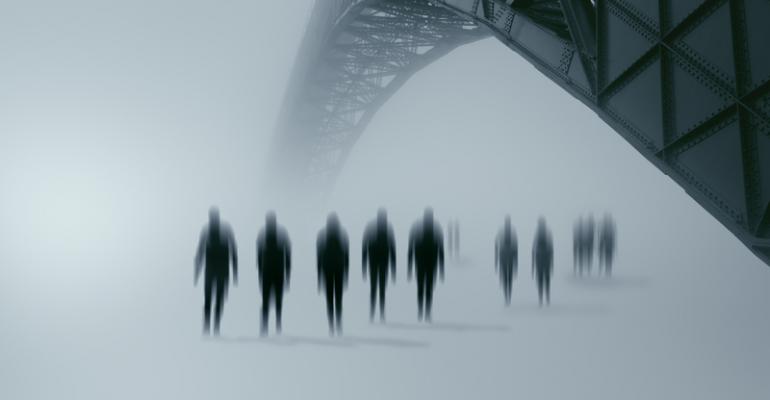 By now, there's no question you've heard at least something about the demise of Windows XP on April 8, 2014. If this article is your first clue, well, I'm positive you'd be among the first to join the Zombie army should a Zombie apocalypse actually take place in the near future. If this is your first foray into Zombies, well, I can't help you.

On April 8, 2014, Windows XP reaches end-of-life. This means that Microsoft will stop supporting the decade-plus operating system, providing no further security updates. After April 8, 2014, you're on your own. Just like a movie Zombie, even though Windows XP will be dead and buried, there's evidence that it will rise again when the clock strikes midnight on April 9, 2014. Many companies are embroiled in migrations off of the decrepit OS onto something more modern (Windows 7 or Windows 8), but many others are facing pressures of limited budget, lack of time, boneheaded politics, inadequate resources, and other tangibles that are keeping them chained to the beast.

There are some differences between Windows XP and Zombies, brain-eating is not engrained into Windows XP, for example, but there's more similarities than you might think. And, they are all frightening.

The Zombie "Virus" is Unstoppable

Zombies are the perfect monster. The wife and I have argued this point over the years, but she's not a fan of monster movies, in general. Frankenstein is afraid of fire, Dracula can be killed by decapitation and a stake through the heart, the Wolfman can be stopped by a silver bullet, the Invisible Man is just a loon, but a Zombie cannot be killed. Well, you can decapitate a Zombie, or burn it to a crisp, but that's just a single entity. In truth, no matter what camp you fall in as to whether it’s a virus, a brain parasite, a neurotoxin, neurogenesis, or nanobots that cause the birth of Zombies, it doesn't affect just a single entity. That's the beauty of Zombism. The virus replicates, intact, at an alarming rate across entire populations. By the time anyone realizes there's a Zombie outbreak, it's too late as thousands will be infected at once. As soon as you kill one, hundreds take its place. The virus is the perfect organic botnet.

Since Windows XP will receive no more security updates after April 8, 2014, a single virus could take down all connected PCs. This is not just Windows XP PCs, but any PCs connected in any way. If an office still running Windows XP remains connected to the Internet, the entire world is at risk. But, even if you locate the originator, the virus will rage on, continuing to infect the entire PC population. From smartphones to servers, POS terminals to ATMs, to military outposts and nuclear facilities, they will all be in jeopardy.

If you want proof of this, consider the hack of the consumer retailer, Target, over the 2013 Christmas season. It's not been confirmed yet, but rumor is that those hacked POS systems were all running Windows XP embedded.

If you're familiar with the history Zombie movies, only recently did Hollywood start pumping up the scare level by giving Zombies speed attributes, making them just as fleet of foot as those scrambling to run away. The Zombies of old were slow and thoughtless, but driven by an appetite for the brains of the living. But, did you ever notice, no matter how fast the fleeing victim ran, it still seemed like the walking Zombie was always only a few feet away? Those Zombies were deceptive. And, of course, it helped quite a bit that the prey would stumble and fall every several hundred feet, sometimes breaking an ankle on an invisible tree limb.

Windows XP is not much different. Windows XP is probably the most famous Windows version ever and has been in use in a large number of organizations since its release in 2001. So many years of use has brought about a certain comfort level to business users. They are used to how it works, understand how to move about in the interface, and have learned the best ways to work around the limitations, bugs, and errors. They limp along and sometimes take a spill, but it's considered too costly to upgrade. The majority of PC hardware running Windows XP is old and excruciatingly slow. April 8, 2014 will not change much from an operating standpoint. Windows XP will continue to run on old and outdated hardware, and the comfort level will not change. It will seem like nothing ever changed. The clock struck midnight without any explosions, warning sirens, blackouts, or news reports. In fact, the same string of infomercials will still play their familiar early morning rounds. However, that confidence can quickly turn into a straight out haggard, sprint should a security threat detonate. IT will be running to power off all PCs and servers, close off external network connections, and barricade the datacenter doors because the business has to be shut down.

The Best Zombie is a Dead Zombie

George A. Romero created the modern day concept of the Zombie monster in 1968 with the release of Night of the Living Dead. The old, black-and-white movie is still one of the best, but George is credited with writing close to 15 movies based on the genre. After a long hiatus, George wrote and directed Day of the Dead in 1985. This was one of the more memorable movies in the series for me. In this particular movie, the world is overrun by Zombies and the only survivors are holed up in an underground bunker. The survivors consist of military officers and scientists who are desperately seeking a cure for the Zombie virus. To develop a proper cure, the scientists require a living (or, undead) specimen so they capture a Zombie and keep it chained in a room under heavy guard. After months, the scientists grow fond of the Zombie, talking to it, befriending it, and giving it a name. They called it Bub. At one point, the scientists give Bub a gun to play with. As you can imagine, in the end, Bub figures out how to use the gun, gets loose, and kills its most hated captors in revenge for the military types shooting his favorite scientist.

This goes right along with the end of Windows XP. Sure, some people actually name their computers, but despite that strange quirk, keeping Windows XP harbored in the supposed, business safe zone is no different than capturing and feeding a Zombie and allowing it to thrive amongst the living. There's no way to tame or control a Zombie, so no matter how smart you think you are, or how much expertise you have with corporate firewalls, you have to sleep sometime. All it takes is letting your guard down for a second. And, that's when it happens.

Windows XP may not bring about the Zombie apocalypse (at least, not according to latest Mayan calendar translations or Nostradamus readings), but instead could bring about an earth-shattered event all its own. Don't let your company be its first victim - and definitely don't let it spread to my computers.