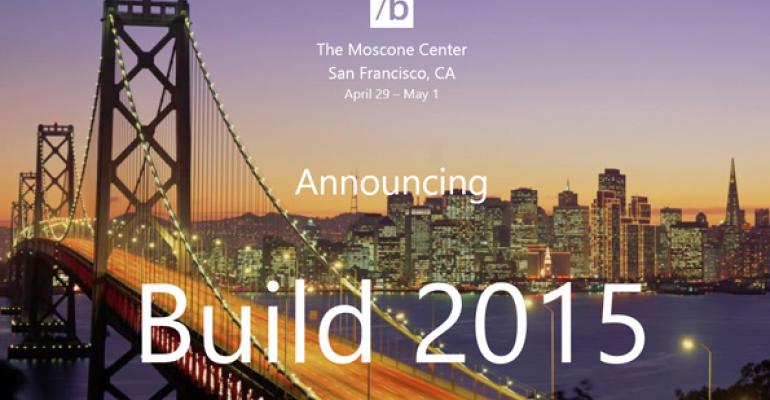 And in case it's not obvious, that's the day after the big Window 10 event in Redmond, so I suspect that Microsoft believes that excitement will be at a high. Which we can all take as a good sign, frankly.

"Microsoft will enable developers to do some amazing things in 2015," Microsoft corporate vice president Steve Guggenheimer writes in a new post to the Official Microsoft Blog. "Our shift to a mobile-first, cloud-first company is in full swing. You can already see a new developer opportunity emerging from the changes we've announced for Windows, Azure and our developer tools, including Open sourcing .NET to make our tools more powerful in today's heterogeneous ecosystem."

So here's the schedule.

On Wednesday, January 21, Microsoft will reveal much more of its plans for Windows 10, including consumer and phone features. I'll be covering this event in great detail from my new digs at thurrott.com.

Starting at 9:00 am PT on Thursday, January 22, developers can register for BUILD 2015, and based on what's happened in previous years, you will want to move quickly if you intend to attend.

I will be attending BUILD 2015 in April/May, of course, and Mary Jo Foley and I are currently planning a casual meet-up/tweet-up with other tech bloggers that will be open to one and all that week. I can't wait.

See you in San Francisco!