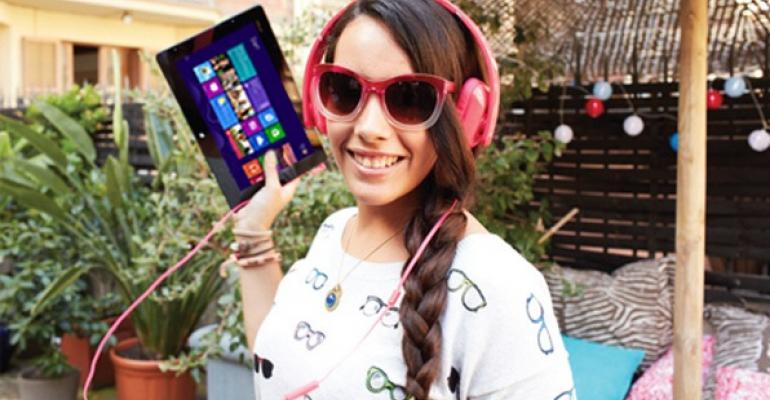 Yes, Windows RT Has a Role to Play in the Future of Windows

Windows RT isn't for computers, it's for devices ... mini devices

Like many people, I’ve openly questioned Microsoft’s decision to make and sell Windows RT, an ARM-based version of Windows 8 that sacrifices backwards compatibility while embracing today’s key mobile platform. But a recent flub by tech bloggers triggered an understanding of the very vital role that Windows RT should play in the future of Windows. And it’s a need that RT, quite simply, isn’t fulfilling today.

Yesterday, the Engadget blog briefly set tech enthusiasts into a tizzy when it reported—incorrectly, as it turns out—that Acer would this month release a $169 Windows 8-based tablet. This purported tablet would feature a 9.7-inch IPS display, further pushing the bounds of credibility. Tipped off to this (literally) incredible news via Twitter, I started hunting for information.

To be fair, I knew immediately that it was too good to be true. And when I saw that Acer was indeed busy announcing a series of tablets, including two Windows 8-based machines with starting prices of $799 and $999, I realized that we were suffering from “the fog of war,” where an incorrectly-reported factoid is broadcast, repeated, and then even contorted in its repetition. (Engadget eventually corrected their blog post.)

And it runs Android, not Windows.

It runs Android, not Windows.

Why can’t it run Windows?

When Windows RT launched alongside Windows 8 in October 2012, the cheapest Windows tablets—which were indeed based on Windows RT—was $499. The base model of Surface RT was $499. Still is.

But with sales of non-Surface Windows RT tablets falling through the floor, we’ve seen some price cutting, and the cheapest RT tablets—like the Acer Iconia W5—are now $399. That’s too expensive.

Now, full disclosure: I previous argued—correctly, according to sources at Microsoft—that the netbook and its lowball pricing model have perhaps forever ruined Windows because it triggered an irreversible desire on the part of consumers to pay next to nothing for PCs. But my new notion about Windows RT doesn’t run counter to this argument. In fact, it’s sort of a solution.

But offering Windows RT only on these cheap, sub-$300 machines, Microsoft can feed the low-end of the product with something that is truly a new mobile OS, Windows RT, a product that I feel will (or at least should) shed its desktop underpinnings more aggressively than mainstream Windows. That is, while the netbook was an underpowered PC running real Windows, these new low-cost tablets could be highly mobile devices running a version of Windows that was designed specifically for that hardware.

This is not the same thing. More to the point, it preserves the notion of “real” Windows as a more premium product that runs on more powerful hardware and is, in fact, functionally superior. And backwards compatible. And yes, more expensive.

The issue, of course, is that Microsoft and its partners chose to offer Windows RT in late 2012 on hardware that was way too much like regular PC tablets. They should have collectively saved RT for mini-tablets. Some may argue that they should have waited until the desktop could have been completely removed from the system. That’s not a bad idea either.

Regardless, it’s not too late. Windows RT has a future, if Microsoft positions and prices it right. Big if’s, I know.