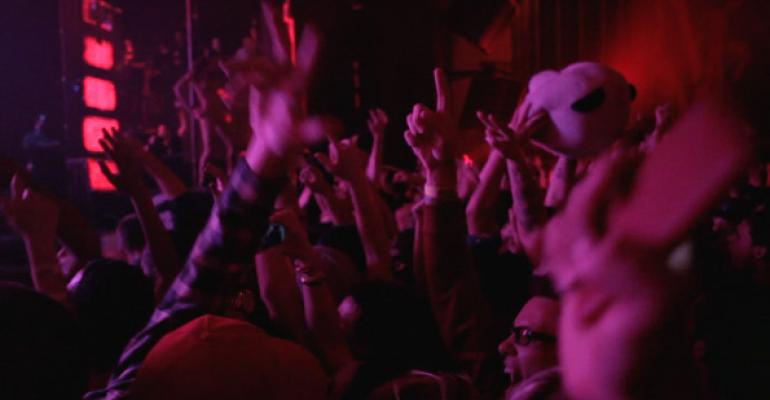 Perhaps the most straightforward Xbox Music feature, Xbox Music Pass works well with the devices you use

Xbox Music Pass is a monthly subscription service that lets you stream much of the music in Microsoft’s voluminous online music catalog with your Windows 8/RT PC or device, Windows Phone 8 handset, or Xbox 360. And on Windows 8/RT and Windows Phone 8, you can also download music from the service to your devices for offline use.

Note: The Xbox 360 supports streaming only, so you can’t download Xbox Music Pass tracks to the console. Additionally, you must also have an Xbox LIVE Gold subscription to use Xbox Music Pass on Xbox 360.

Xbox Music Pass is comparable to services like Spotify Premium or Rhapsody Premier Plus in that the service provides unlimited monthly streaming on compatible devices, lets you download music for offline use on a set number of devices, comes with no advertising of any kind, and integrates with other platform features that help you discover new music.

So why choose Xbox Music Pass over competing services?

For those heavily invested in the Windows ecosystem, it works—and, more important, integrates fairly deeply—with Windows 8/RT, Windows Phone 8, and Xbox 360. (And it works well with older systems such as Windows 7 with Zune PC software, Windows Phone 7 and 7.5, and Zune devices too.)

Xbox Music Pass is also less expensive than most comparable services. It’s $9.99 per month, but you can sign up for a 12 month Music Pass for $99.90, which works out to just $8.35 per month; it’s like getting two months free per year. But if you’re not sure if you want Xbox Music Pass, Microsoft offers a free 30-day trial so you can see how the service works with your own devices.

You can assign up to five devices for use with Xbox Music Pass. This can include any combination of Windows 8 PCs, Windows RT devices, and Windows Phone 8 handsets (and other previous generation PC and device systems.) Your Xbox 360 does not count against your device list.

On the downside, not all of the music found in Xbox Music is licensable for streaming or offline use via Xbox Music Pass. For example, even though Microsoft offers Led Zeppelin’s music for purchase, it cannot be used with Xbox Music Pass. And there’s no web client for the service. (There used to be for its predecessor, Zune Music Pass.)

You access Xbox Music in Windows 8/RT through the Xbox Music app. Instead of purchasing music from the store, you can simply choose an Add to my music link to download it for offline use. Or just click Play song (or Play album, or whatever) to stream that music. Music that is downloaded to your PC or device is said to be matched, and it works similarly to album matching—discussed in Xbox Music Feature Focus: Album Match—in that it is available both on that device and in your cloud collection (and thus on other devices too).

On Windows Phone 8, music that can be accessed via Xbox Music Pass (which is most of it) displays a prominent Download link instead of the price that non Music Pass users would see. (You can still purchase music by tapping and holding on that link and choosing Buy from the menu that appears.)

And of course any Xbox Music Pass-based music you’ve added to your cloud collection is available from Windows Phone as well. You can stream it by pressing Play or select tracks in albums to download them to the device.

Xbox 360 handles Xbox Music Pass a bit differently than do Windows 8/RT and Windows Phone 8. As with the other supported platforms, you can of course search for music in the Xbox Music catalog and then stream it through the console (and thus to the best display and possibly the best sound system in the house). But Xbox Music on Xbox 360 also supports the notion of pinning music, which is like saving Favorites in IE. So if you find an artist or album you like and want to access later, you can pin it and then stream that music at any time.

Likewise, playlists you create in Windows 8/RT or the Xbox 360 are saved to your cloud collection and can contain Xbox Music Pass-based music. So you can stream that content from the console as well.

And of course, Smart DJ mixes on the console—which can also be saved similar to your pins—are derived in this case solely from music in Xbox Music, providing you with a way to stream new music from the console. (The Xbox 360 also offers a related Smart VJ feature which creates music video mixes. This also requires Xbox Music Pass.)

Of all the Xbox Music features, Xbox Music Pass is perhaps the most straightforward. And while many will not want to pay a monthly fee, this is an excellent and viable alternative to building your music collection the old fashioned way, and a superior way to help you find new music as well. (I do happen to use Xbox Music Pass and recommend it.)