/sites/all/themes/penton_subtheme_itprotoday/images/logos/footer.png
Recent
Recent
Planning for Azure File Sync: Key Considerations
May 08, 2021
Troy Hunt: Organizations Make Security Choices Tough for Users
May 07, 2021
Move Over, Zoom, Holograms Are Next
May 07, 2021
How the US Postal Service Is Using AI at the Edge to Improve Mail
May 06, 2021
Zoom Continues to Innovate at Blistering Pace
May 04, 2021
Featured
Is There Room for Linux Workstations at Your Organization?
Aug 07, 2020
Mozilla Shrinks to Survive Amid Declining Firefox Usage
Aug 18, 2020
Survey: Open Source Cloud Technologies Fit Devs Like a Glove
Feb 12, 2021
2020 State of AI Survey Report
Jun 30, 2020
Compute Engines>Windows Server

Windows Server 2016 launches, along with a host of new 3rd party announcements 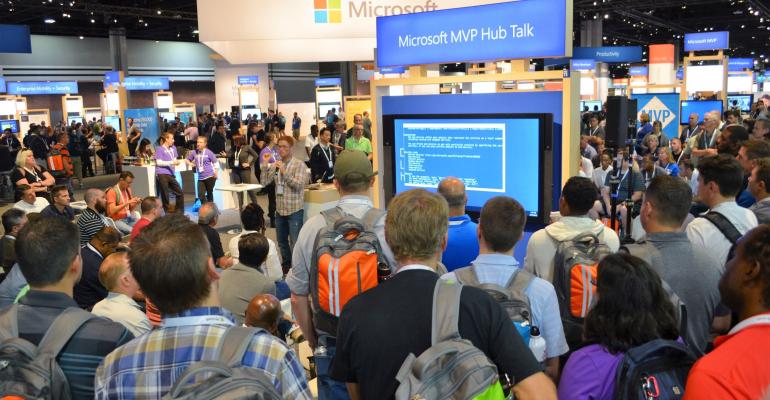 There's been a lot to talk about at Ignite, including the launch of Windows Server 2016. Even though that wasn't a surprise (we noted that this was coming back in July), there's a lot of excitement for the new features and extensibility in the latest offering — but Microsoft isn't making all the news around it.

I've had a number of vendors reached out about updated support for Windows Servers and new, related features, and I'm working to catch up with several of them throughout the rest of Ignite. In the meantime, here's some of the more interesting announcements I've seen with Windows Server 2016 ties.

Now that you've got Windows Sever 2016 all set up with your critical business data, you want to be extra sure it doesn't get out. Using its updated DNS Firewall, ThreatStop's Windows Server 2016 customers can now automatically block outbound communications with threat actors’ command and control, dead-letter-drop, and dropper/infection infrastructure, preventing data theft and system compromise. If you're in town, they'll be doing a joint presentation with Microsoft on Friday.

Open up the virtual goodie back, because DataCore has a freebie for Microsoft MVPs: The company announced that, to tie in with Microsoft Server 2016's official release, it's releasing free non-production licenses for MVPs to play around with its Hyper-converged Virtual SAN software. Great for those looking to dip their toes into parallel processing or decide if it's the right solution to their business needs. Details here.

Always have a backup is one of the first rules in IT, but Chelsio is hoping it can at least remove some of the burden. At Ignite, it demonstrated how its iWARP RDMA adapters could help replicate Windows Server 2016 Storage Replica (SR) at 40Gbps, over a 50Km fiber loop. The demonstration of Windows Server 2016 Storage Replica over RDMA in metro scale conditions is a milestone for both SR and iWARP, said Kianoosh Naghshineh, chief executive at Chelsio Communications. Fast and highly available is a highly valued combination in replication. Read the full release

Before you can take advantage of everything that Windows Server 2016 has to offer, of course, you need to migrate to it — which can be one of the biggest challenges of all. There are no silver bullets, but AppSense announced plenty of ammunition with new migration tools for not just Windows Server 2016, but also Office 365 and Windows 10. Read details here.

I know there are a few announcements still out there, so please send over what I missed to [email protected], and we'll continue to be reporting live from Ignite.