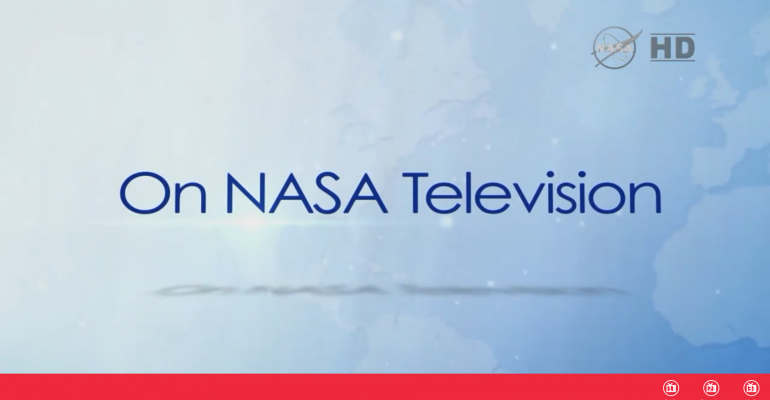 As a space geek who lives in Florida I am lucky to have many opportunities to watch launches from nearby my house which is about 120 miles to the North of Cape Canaveral, Florida and the Kennedy Space Center.

NASA TV always provides live coverage of these launches but their live stream was not accessible using IE on Windows Phone. Instead I keep up with the countdown on Twitter once I arrive at my photography spot.

While it works pretty good to follow along on Twitter the experience is so much better when you get to watch and listen to the source - NASA Launch Control - and see what is happening as the clock ticks down to lift-off.

I have a great wide open spot that is just 5 minutes from my house to take shots like this:

This week’s featured app, a universal app called NASA TV Live, solves the lack of live streaming on Windows Phone and gives you live NASA TV streaming directly through this app on and of course, since it is universal, on your Windows 8.1 systems as well.

The app is simple and provides one function – stream NASA TV – and it gives you access to all three live streams that NASA provides (Public, Education and Media).  It is ad supported but does offer a premium option for $1.99 that removes the ads on both platforms since it is universal.

I contacted the developer of this app, Martin Suchan, and asked him about the creation of this app.

"The main reason for creating this app was for me that there was no easy way how to watch NASA TV on my Windows Phone 8.1. NASA TV uses Http Live Streaming, which is not yet natively supported in Windows Phone API and also not in IE11 Mobile (it works in IE on Windows 10 for phones though!) and when I searched the Store I found no working app, only some apps for viewing static NASA YouTube videos or RSS readers.

As a Windows Phone developer and an astronomy fan I immediately thought that creating such app could be really useful, and since I developed recently another video app Stream.cz with HLS support, this was quite an easy task. Note the NASA TV Live app uses experimental HLS plugin, that has still some limitations, but most of the time, if you have good Internet connection, it works just fine."

Well I can attest that his app and the experimental plugin works just fine as I have been using the app for about a week now with no issues. I even got to share the landing of three astronauts in a Soyuz spacecraft coming home from their six month tour on the International Space Station with my wife the other night from my Nokia Lumia 1520.

Even if you just stick with the ad supported version it is great to have NASA TV streaming to the Windows Phone.

Be sure to check out the screenshot gallery of the NASA TV Live app.