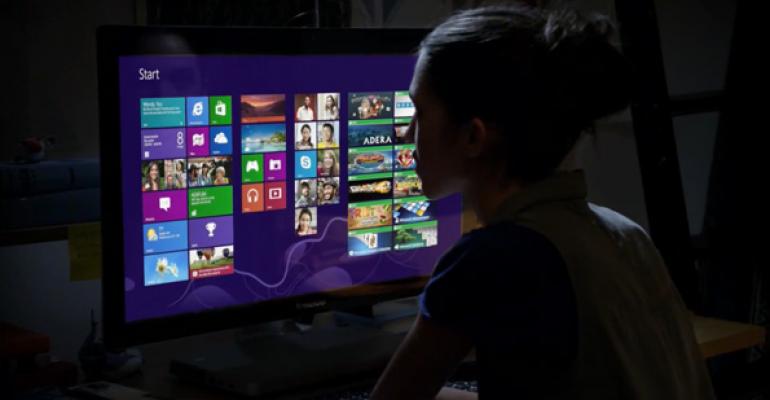 Windows 8/RT devices are getting better all the time, but then they could only get better

Following up on my expectations for Windows Phone 8 handset hardware this year, I thought I’d take a look at where we’re at with this new generation of non-traditional computing devices. These hybrid systems typically offer a tablet option of some kind and run Windows 8 or RT. And today, most of them are unacceptable compromises that don’t answer any real world needs. This has to change.

This is a tough one, folks.

These new hybrid PCs span a number of form factors, sizes, and price ranges, and it’s not like we can point any one thing and say, that’s what a hybrid PC looks like. These devices compete with traditional PCs as well as new tablet devices like the iPad. They are in some cases replacements for low-end, inexpensive devices, and are sometimes very expensive. They can run one of two different OSes, Windows 8 and RT, each of which has its own positives and negatives.

Not everyone's going to agree with my assessments here.

Looking at this year alone, I see no scenario where Windows RT is successful as anything other than a system used by companion devices. The new push to 8-inch devices we’re now hearing about makes sense for Windows RT, but only if the app and game market expands greatly and if Microsoft gets serious about making the Xbox Music and Video services real contenders. (Barring that, the appearance of a few more high-level media services on the platform—like those from Amazon—could make a difference too.)

That could change in 2014. But it’s not 2014, and while we have an idea about what’s coming this year to Windows RT 8.1 “Blue” from a software perspective, and to the ARM chipset from a hardware perspective this year, 2014 is still a gray area. This year, Windows RT and ARM simply don’t make sense from a mainstreaming computing platform perspective. My advice is to skip it. That most PC and hardware makers have opted out of RT is perhaps all you need to know for the moment.

Moving to Windows 8 Core and the netbook-class “Clover Trail” Atom-based systems, the question becomes: What’s worse? Not being able to run legacy software and devices drivers (ARM/RT) or being able to run them poorly?

Yes, Clover Trail is better than ARM, but that’s a low bar. The issue is whether Clover Trail makes sense compared to more traditional (and powerful) PC hardware. My conclusion is that it does not, not in this current generation, not on anything that is not considered a companion device.

The trouble is, there are precious few Clover Trail systems I’d rate more highly than “good”. Most are a deadly combination of terrible hardware and too-high pricing. They’re like netbooks with double the price tag or worse.

When you move up to the high-end—what we call traditional PC chipsets, typically utilizing Intel’s “Ivy Bridge” Core i-series processors—the real trade-offs start. Here, we get the compatibility and performance that PC users expect. But we also see terrible battery life, heat, fans, and noise.

I don’t understand this because I have a 2012-era Ultrabook with a traditional Ivy Bridge processor that routinely gets over 7 hours of battery life. Yet the Surface Pro can only manage 5 hours at best. A Samsung ATIV Smart PC Pro I use gets even less.

Put simply, all of the first generation Windows 8/RT devices I’ve used so far—and I’ve used a lot of them—are primarily notable for the fact that they are all huge compromises.

Everything about the PC business is a double-edged sword. Its biggest strength is the diversity of companies and devices from which we can select. That’s also its biggest weakness.

I singled out Nokia as the only worthwhile hardware company supporting Windows Phone 8. Is there such a company on the PC side?

Yes, I think there is.

That company is Lenovo. Sometime this quarter, I think, Lenovo will become the world’s biggest maker of PCs. And contrary to all the bad news you see about Windows 8, Lenovo is taking this step up in the midst of releasing the most diverse range of Windows 8 and RT devices of any company. In fact, just keeping up with the firm’s growing lineup is difficult.

Personally, I still tend to the traditional PC end of the scale, so I look at something like the ThinkPad X1 Carbon Touch and see the near-perfect portable computer. But it is perhaps the company’s more non-traditional offerings that point the way to the future. Its transforming YOGA line comes in both 11-inch and 13-inch variants, and in versions running Windows 8 or RT. The ThinkPad Tablet 2 is so small and light it makes the Surface RT look almost portly by comparison. And the ThinkPad Helix (not yet available) is like a YOGA with a detachable screen: It can literally be whatever you need it to be.

What’s holding Lenovo and the other hardware makers back, of course, is the chipsets that sit at the heart of these systems. We just don’t have a chipset yet that gives you the best of both worlds.

Ideally, that would be a system with Ivy Bridge performance and compatibility and ARM/Clover Trail battery life (and, ideally fan-less heat dissipation). Many seem to have their hopes pinned on “Haswell,” basically the next-gen Ivy Bridge.

Will Haswell be that fix? It better be: The PC market can’t take another 12 months like the last 12 months. We need a fix this year. And the clock is ticking.