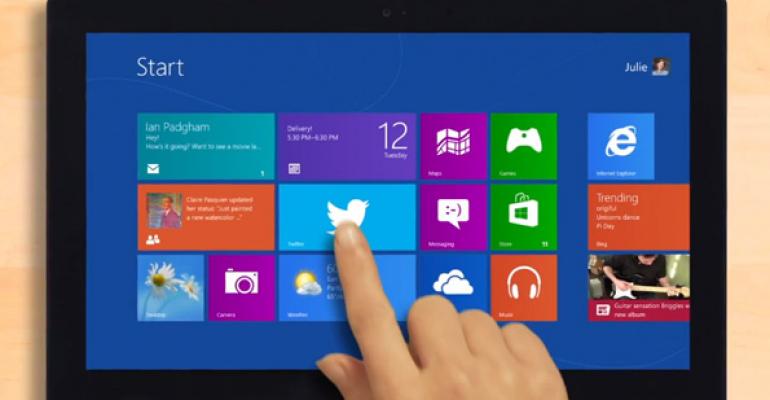 A gotta-have-it app shows up on Windows 8/RT

In the long months since Microsoft opened up the Windows Store, we’ve waited for a handful of apps that are so obvious, so necessary, that’s its unclear why they weren’t immediately available. Twitter is such an app. And while I’ll probably always wonder about the timing on this one, it’s time to stop complaining and just enjoy the fact that the app is finally available.

Following in the footsteps of a major revamp to the Twitter app for Windows Phone 8, Twitter for Windows 8 and RT adopts a similar lean look with the exact same major areas—Home, Connect, Discover, and Me—this time laid out properly for a PC’s widescreen display. It’s a stark but clean look, and one that emphasizes the single-minded nature of Metro in ways that will either please or frustrate you, depending on how you view this environment.

My biggest pet peeve is that the app doesn’t support a multiple column view, which would make far more sense on this kind of display (and would be more efficient). That’s what other Twitter clients offer, of course. But Twitter seems to prefer this single column layout, as it appears everywhere else, including its web site and other mobile clients. The one advantage to such a layout is that the Twitter app is a natural fit for Snap.

And to be fair, Twitter doesn’t completely waste its onscreen real estate. If you are viewing photos or click a web link, the more palatial area of the app is used to good effect.

And you can use the Search charm to search Twitter, including the ability to search for individual hashtags. You know, if you’re a nerd.

It also sports a live tile and supports notifications. And yes, both can be disabled if you don’t want them.