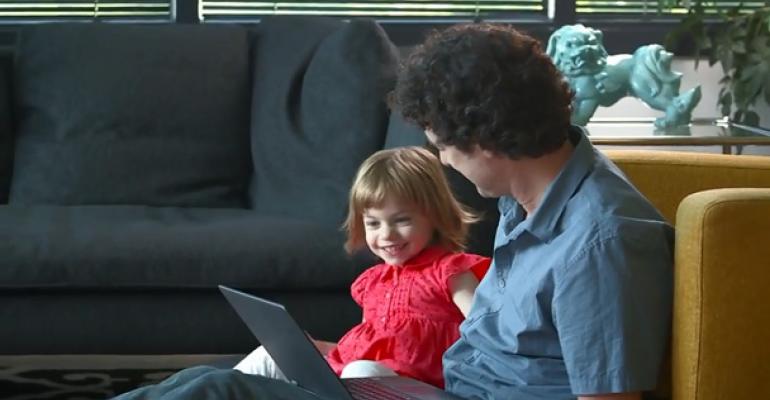 Smart files, but not so smart about letting you know what it's doing

Microsoft today explained the unique design of SkyDrive in Windows 8.1, which uses a new type of shortcut called "smart files" that bridge the gap between the cloud and your PC. Overall, it's a very useful feature that does indeed save on disk space. But SkyDrive integration in Windows 8.1 is missing what I think is a very key feature: Any sense at all of what is happening.

I've written previously about this functionality in Hands-On with Windows 8.1: SkyDrive Integration. As I noted in that article, "it doesn’t mindlessly sync everything, an act that would overwhelm the available storage on most tablets. Instead, it just shows you which files are available, and when you’re online, everything works normally. (In fact, file access is shockingly quick.) But if you want to use files offline, just right-click any folder or file and choose Make Available Offline."

The trouble is that SkyDrive integration provides absolutely no indication that it's doing anything. There is no tray icon or File Explorer-based icon badges that indicate where you are in syncing files, or which files are available online or off. (In Details view, there's a column, Availability, that does display this information, but it's very subtle and only in that one view.)

Today, Microsoft explained the thinking behind this curious design.

"SkyDrive's smart files allow you to have your files always with you while being unconstrained by storage capacity," Mona Akmal writes in a new post to the Inside SkyDrive blog. "In the Windows 8.1 preview we saw consumers using SkyDrive ... and this showed us that users understand smart files and are tailoring the feature to their needs."

That can't be true. In fact, I'm calling BS on that one. There is no way that most users understand this feature in the slightest.

However, smart files obviously "work" in the sense that they do save disk space. The firm says that the majority of people using smart files take up 80% percent less disk space than they would without smart files.

In a video embed in the post, Adam Czeisler says that smart files that are accessed on the fly are downloaded and opened normally, a process Microsoft calls "hydrating" the file. Cute.

Still, some visual indication of sync status would be appreciated. That's how it works with the standalone SkyDrive desktop application for Windows 7 and 8. And that's how it should be in Windows 8.1 as well.

This stuff is important. I'll post a tip soon explaining how to figure out what's going on.

In the meantime, here's a cute video.