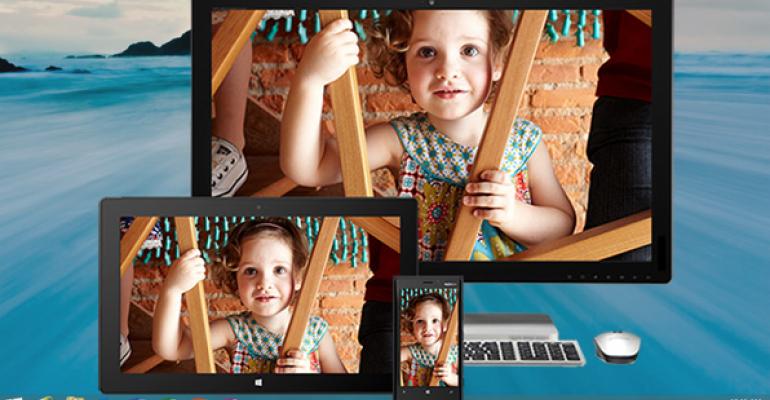 Sometimes the minor releases are the sweetest updates of all

While most people probably think “minor release” when they see the name Windows 8.1, the truth is that this release is more important—and more substantial—than its name suggests. But this is no curiosity. Instead, Windows 8.1 is just the latest in a list of supposedly minor Windows releases that have made all the difference in the world. And in shipping such an update, Microsoft has done the impossible: It has made Windows 8 and even Windows RT truly usable for those people who were previously not so sure they wanted to upgrade.

This is momentous stuff. But maybe it shouldn’t be surprising that Microsoft often has to take a step back to clean things up when it executes a major platform shift in Windows. It happened with the innocuously named Windows XP Service Pack 2 (SP2), which followed Windows’s long-awaited move to the NT code-base. It happened with Windows NT 3.51, which took an elegant but unwieldy OS and made it actually usable on then-current hardware. And it happened with Windows 3.1, which skyrocketed Windows—and with it Microsoft—to unparalleled levels of success.

That’s 20 years of radical platform shifts followed by minor tweaks that made those platforms shifts palatable to customers. And I’m only touching on the big ones: Windows 7, Windows 98, and even Windows NT 4.0—which, let’s face it, was just NT 3.51 with a pretty new face—could all make the short list as well.

Put simply, Windows 8.1 isn’t just obvious and necessary. In some ways it was preordained.

But the difference between Windows 8.1 and those releases that didn’t make the short list is time to market. In 2006-2007, Microsoft unleashed one of the biggest bombs in its history, the much-loathed Windows Vista, and then stubbornly ignored critics, competitors (including Apple, whose “I’m a Mac, I’m a PC” ads were toothless without Vista’s bad reputation), and even customers by not actually fixing the problems with this OS until it shipped Windows 7 three years later.

The fear with Windows 8/RT was that Microsoft would repeat the mistakes of the past. Similarly received—and yet curiously spared from another round of bashing ads courtesy of Apple, which says a lot about how much of its edge that firm has lost—Windows 8/RT seemed headed for the same stagnation, with license sales dropping precipitously from their Windows 7-era norm.

Instead, Microsoft will deliver Windows 8.1 in less than a year. And Windows 8.1 is awesome. Not perfect, no. What software is? But it’s the release we all believe we should have gotten last year, and the release that, I think, will trigger a turnaround for this new platform.

In this way, it perhaps most closely mirrors Windows 3.1. That release of 21 years ago offered a similar set of supposedly minor updates while bringing Windows into the then-modern world. It required 286 or better hardware, with flat memory management, dropping support for the archaic Real Mode. It integrated its own legacy environment, the MS-DOS command line, more elegantly into its new operating environment, the graphical, windowed system we just think of as Windows. And it offered full (if hidden and disabled by default) support for 32-bit disk access and protected mode memory, allowing for PCs with big hard disks and up to 4 GB of RAM. It was set up for the future, and was the first version of Windows to be delivered on CD-ROM.

Windows 3.1 was the first version of Windows I actually used regularly, though I quickly moved to Windows for Workgroups 3.11 when that arrived, another minor release that maybe should have made the list. This one required a 386—look at Microsoft, always pushing forward—and supported 32-bit network access. It was, for most intents and purposes, Windows 95 without the new UI.

But let’s not get ahead of ourselves. This summer, we have Windows 8.1 to explore and probe in Preview form. There will be complaints, from those who can’t stand that the Start menu isn’t coming back perhaps, or because the Photos apps in its current form is a sad joke. And there will be those who will point out the growing list of previous Windows features that are silently being dropped in the interest of a simpler computing future. (Ed Bott has a good list of those.) This, too, will cause some grumbling.

But you know what? I feel good about this. I feel good about this in a way I haven’t since the release of Windows 7, which of course finally fixed Vista’s ills. With Vista, I felt that Microsoft sat on its hands for too long, letting its critics and competitors drive the conversation, and that pattern was repeated with the original release of Windows 8/RT, leading me to seriously wonder about the fate of a company that would allow such a thing to happen. But the past several months have been interesting, and mostly positive, and I like the way that the Windows team talks about Windows 8.1. More important, I like what I see here.

To be clear what I mean by that, I was always pretty OK with Windows 8, recognizing it as the painful and necessary step to the future it was, and knowing that many people would be unable or at least unwilling to take that step with Windows 8/RT in 1.0 form. But as a reviewer, I need to put myself in others’ shoes, see the world as they do, and determine whether whatever product or service makes any sense. And there was a big disconnect with Windows 8. I was OK with it. Many clearly were not.

With Windows 8.1, the gap has shrunk to an acceptable, even normal size. This release is going to make converts out of those who were previously on the fence, or even firmly in the “you can have my Windows 7 when you pry it from my cold, dead hands” camp. It won’t convince everyone. But it doesn’t have to.

Historical precedence and my gut tell me that Microsoft is on the right track with Windows 8.1. And that’s neat, since many future releases—not just of Windows but of all major Microsoft platforms—will be minor updates, not major milestones. If Windows 8.1 is representative of what we can expect every year from these folks, then we’re entering an era I can only describe as a Microsoft Renaissance. Sounds good to me.