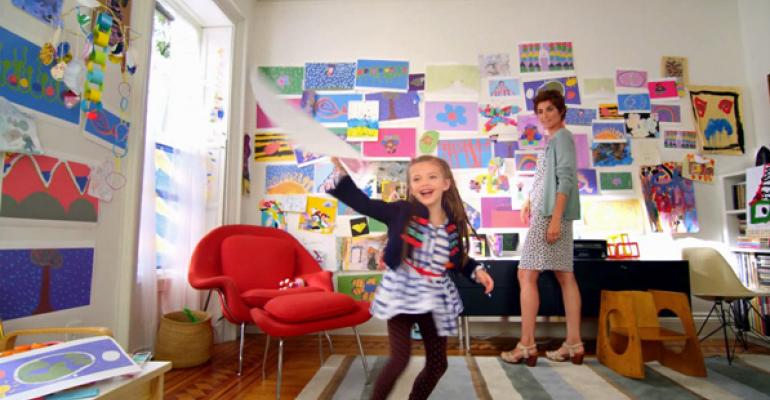 Windows 8 Tip: Repurpose an Old PC as a Home Server

While I’m currently using Windows Server 2012 Essentials as the foundation of my home office network, a lot of readers are curious about how they might use the simpler and less expensive Windows 8 in a similar way. As it turns out, this is both easy and effective, whether you want a general purpose server or a media server through which you share music, photos, and videos between PCs and devices.

In fact, this is so simple, that the tip here isn’t so much “how” to do it, but rather just a reminder that you can—and, given the low cost of upgrading to Windows 8, should—do it. But I do have some common sense advice for configuring this PC-based server in the most effective ways possible.

Here’s what I did.

I have a Core 2 Duo-based tower PC, a Dell Optiplex 780 which shipped with Windows Vista when new and was most recently used with Windows Home Server 2011. This PC was “decommissioned” when I switched to Windows Server 2012 Essentials, as I did so using a different server. (In that case, an HP Micro Server.) So for the past few months, it’s been sitting in my cellar unused, much like any older PC might once you’d upgraded to something newer.

Installing Windows 8 on this particular PC was a breeze. I recommend using the Windows 8 web-based installer because it’s cheaper, faster, and more reliable, but I happened to use the retail packaged version because I had purchased two of them for testing purposes and, well, I should use what I’ve already paid for. There were no issues at all, and when Setup concluded, I faced a clean device manager and absolutely no issues at all. This makes sense since the Dell is a mainstream machine with absolutely common Intel innards. No surprises at all.

While my server contains multiple terabytes of data dating back almost 20 years, the goal for the Dell is more modest and more in line, I think, with what a typical consumer might need. I have media I’d like to share—personal photos and movies, a music collection, and some ripped DVD movies and TV shows—and a more limited and current subset of work-related data that I access regularly. Because this machine was previously configured as a home server, it actually had four hard drives installed internally, a 160 GB boot disk (not SSD) and three fairly large capacity (2 TB) drives.

This is too much.

I removed one of the 2 TB drives and set about configuring the drives like so:

I then configured the Music, Pictures, and Videos libraries to point only to the respective folders on D:, and set about copying over the appropriate content from the home server. (Ditto for the Software folder, which contains an ever-dwindling selection of locally-installable software such as Adobe Photoshop Elements and SnagIt; most of it is shortcuts to applications I’ll install online, including Office 2013, iTunes, and so on, though I should note that none of this software is being installed on this particular PC.)

Not completely necessary, but to drive home the nature of the PC, I uninstalled virtually all of the useless (for a “server”) Metro-style apps that come with Windows 8, leaving only Desktop, SkyDrive, Windows Store, and Internet Explorer on the Start screen.

I then installed and configured the following software:

CrashPlan. This inexpensive cloud backup service provides automated offsite backups of my important and personal data. I configured it to back up the entire D: drive only. The initial backup will take several days.

SkyDrive desktop application. Because I sign in to the Windows 8 “server” with my Microsoft account, it makes sense to sync all of my SkyDrive cloud storage to the PC (to the SkyDrive folder on the D: drive). I use SkyDrive for work, and SkyDrive contains my current document work set, so syncing this content to the server ensures a second local copy just in case.

LogMeIn Hamachi. Because I may sometimes need to access this machine—and my home network—while on the road, I installed LogMeIn Hamachi as described in Windows 8 Tip: Use Remote Desktop.

I also configured the legacy Windows Backup utility to perform a complete system image backup and keep the backup up to date over time. I described this tool and how to access it in Windows 8 in Windows 8 Tip: Use Windows 7 System Image Backup.

Note that I could have used Storage Spaces in tandem with one or more other physical hard disks to replicate content across multiple drives, as I do with Windows Server 2012 Essentials. I considered this, of course, but felt that the complexity of doing so was outweighed by the fact that the combination of local regular backups with Windows Backup, offsite backup with Crashplan, and cloud-sync of regularly needed data with SkyDrive was more than adequate. The point here was simple and inexpensive, and more in line with what I feel regular consumers would be comfortable with.

Sharing via the home network is simple: Just configure a home group. And if you sign in with the same ID on both your regular home PC and the “server”, there’s nothing extra to do. (If you have multiple users accessing the Windows 8-based server, the simplest thing to do is to configure their user accounts on the server as well.)

As I write this, the “server” is running its initial Crashplan-based backup to the cloud, which will take a few days. Windows Backup is complete and up to date, and SkyDrive has finished syncing my entire cloud-based work set. The Music, Pictures, and Videos libraries are properly configured and stocked with content, and they’re each being shared out over the home network using the homegroup. And my core data outlay—music, pictures, videos, software, and SkyDrive—is less than 500 GB, much smaller than the multiple TBs of data I’m carrying around on the “real” server.

Not too shabby for a PC that was just sitting around doing nothing.