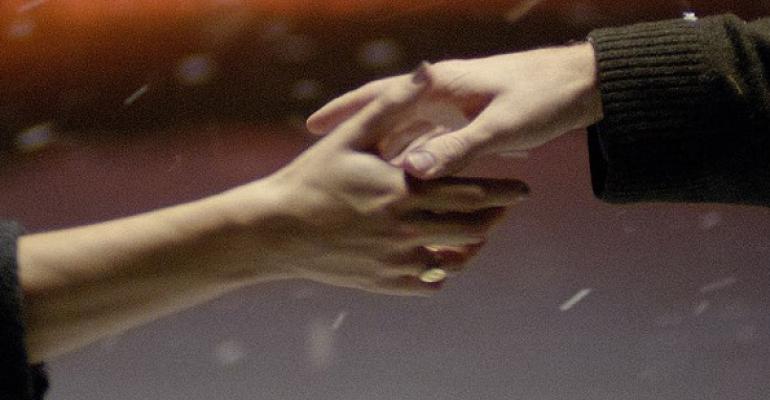 A Facebook app would be better, but the web experience works well in both Metro and the desktop

In some ways, this tip is kind of a bonbon, a lightweight trifle in the sense that it’s fairly obvious. But if you’re bemoaning the lack of a native Metro-style app for Facebook, your best alternative may be to skip the Facebook support in the People app and just use Facebook’s web experience.

Windows Phone users are familiar with the dilemma. There, as in Windows 8 (and RT of course), Microsoft provides excellent integrated support for Facebook and other social networking services through the People app, a key differentiator between that platform and its competitors. But this Facebook integration breaks down in two key ways. First, it never includes every single feature that’s exposed by the Facebook service. And two, since the service improves regularly, the gap between its functionality and what’s possible grows regularly too.

On Windows Phone, Microsoft commissioned a third party to create a native Facebook app, and the software giant now maintains that app itself. And while the app still manages to lag behind Facebook’s evolutionary feature creep, it still offers numerous features that are not available in the built-in integration pieces, and because it’s a standalone app, it can at least be updated more regularly than the OS.

With Windows 8/RT, Microsoft has somewhat aped the Windows Phone strategy when it comes to integrating social networking services availability through the People app. Oddly enough, because the Windows 8 apps can and are updated regularly and outside the normal OS upgrade cycle, it’s at least theoretically possible for the People app to stay abreast of Facebook’s many updates. (It hasn’t done that, not yet, but it’s possible.)

Where People app integration with Facebook and other social networking services falls apart most egregiously is that it’s not discoverable. Most people who figure out that they can access Facebook from People do so by mistake, not through some carefully orchestrated learning. This is bad design, but there’s also a side-issue with intent. That is, while it sounds conceptually correct that users will or should think “Hey, I want to keep up with the people I care about, thus I’ll use the People app to do that,” the reality is no one really thinks like that. People think, “I want to use Facebook.” And that’s because this particular service has such a strong brand, and is so pervasive with so many people.

Some—myself included—are thus calling on Microsoft to create a native Facebook mobile app for Windows 8/RT that is updated regularly to match Facebook services changes. They’ve indicated that they have no intention of doing that, and while I still have hope it can happen, there is at least a workable solution for the short-term. That is, you can simply pin the Facebook web experience to your Window 8 Start screen and/or desktop taskbar (depending on how you work). This provides you with the full Facebook experience, and one that actually makes plenty of sense on a traditional PC or tablet.

To pin the Facebook web experience to the Start screen, using the Metro-style version of Internet Explorer 10 to browse to the Facebook web site. Then, choose Pin site and then Pin to Start from IE’s app bar. You’ll be prompted whether you’d like to change the name, though the default name for the tile—Facebook—is obviously perfect.

And sure enough, even the Start screen tile is nice looking.

If you work primarily in the desktop environment, you can pin the Facebook web experience to the taskbar using Internet Explorer 10 or Google Chrome. I actually prefer the latter since it utilizes a more app-like window frame that doesn’t include any web browser user interfaces. But either one can pin sites to the taskbar.

Hopefully, Microsoft and/or Facebook does support Windows 8 with a native Facebook app in the future. But for now at least, the web experience isn’t a horrible option.