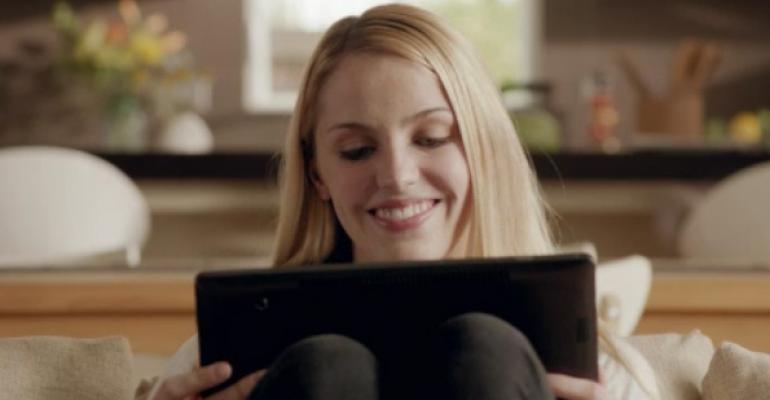 Xbox Music may be a mess, but Xbox Video is pretty good

Xbox Video—the service—is Microsoft’s answer to Amazon Instant Video Store and Apple iTunes, allowing you to purchase movies and TV shows and access them from the cloud at any time on a number of different device types. (Like those services, Xbox Video also lets you rent movies on a variety of device types.) There’s no subscription streaming service, like that offered by Netflix or Hulu Plus.

Xbox Video purchases are kept in your cloud collection and are available to stream or download from the Xbox Video app. Theoretically, it’s possible to purchase a video from Xbox Video from any compatible device and watch it from any other compatible device, but I’ve had issues where an HD movie purchase made on the Xbox 360 was not available on other devices; for best results, make your purchases on a Windows 8/RT PC or device.

Note: Newer videos (October 2012 and up) usually support closed captioning, though the bulk of Microsoft’s collection does not.

The Xbox Video app is straightforward. The main view is filled largely with a Spotlight group with tiles representing highlighted TV shows and movies and, curiously, a few advertisements. (See Microsoft Cheapens Windows 8 with Ads for my stance on this terrible decision by Microsoft.)

Off to the right, you will find separate groups for the Movies Store and Television Store. Dive in and you’ll find a visually uninteresting and contextually unhelpful tile-based UI that extends horizontally off-screen. You can view by New Releases, Featured, Top Selling, Genres, or Studios in Movies Store, or by New Releases, Featured, Last Night’s Shows, Top Selling, Genres, or Networks in the Television Store.

If you’d rather look for something specific, your best bet is search, which as always is accessed by the Search charm (WINKEY + Q or Charms, Search). Here, search results are segregated by the two stores-within-a-store, helping you find exactly what you needed.

Much of the content in the Xbox Video service is available in both HD and SD (standard definition) formats, and in the case of movies, is available for purchase or rent. From a movie’s quick card, for example, you can view buying and renting options, explore the movie and find out more, or play the trailer.

Purchased movies and TV shows are found in My Videos, which is available as a group to the left (off-screen) of Spotlight.

While several tiles representing your purchased content are available here, you can tap the My Videos header to view your cloud collection full screen. This view will feature every Xbox Video purchase you’ve ever made as well as any videos you have stored in your Videos library on the PC/device.

Some have complained that the Xbox Video app offers no way to sort personal videos so that they show up in the Movies or TV views. With the Zune Music + Videos software, for example, you could tag videos as movies or TV shows and assign additional useful meta-data. While I share this frustration, I don’t expect Microsoft to add this capability to the Xbox Video app, which is instead more geared toward mainstream, cloud-based access to purchased and rented video content. But it is certainly a limitation.

The Xbox Video app provides all the expected playback capabilities, and you can stream purchased or rented content, or download it for offline playback. But because Xbox Video fronts a cloud service, you can also switch purchased video playback between your Windows 8/RT PC/device and the Xbox 360. So you could start playback from the console, for example, and finish watching the same movie/TV show later on your device.

Conversely, you could browse for content in the Xbox Video app and then choose to play the content on your console using the Play on Xbox feature, which is available from each video’s quick card or from the playback controls in the app bar.

Play on Xbox requires the Xbox SmartGlass app, which allows your device to work as a remote for playback on the console and, more interestingly, as a second screen experience called Video Guide in compatible movies and TV shows. Video Guide causes your Windows 8/RT device to display each of the characters that are currently on-screen in real time, so you can understand the relationships between the characters and explore the actors’ other work.

(You can return playback to the device using the Play here button in the SmartGlass app’s app bar.)

Play on Xbox only works with content from the Xbox Video store. For personal videos, you can use a related feature called Play To, which streams content from your Windows 8 device to compatible set-top boxes like the Xbox 360.

By providing a much more limited set of functionality than Xbox Music, Xbox Video delivers a more satisfying and complete experience, and this app feels more polished as a result. It won’t satisfy the needs of the minority of users who have ripped their DVD collections, for those who simply wish to play DVD or Blu-Ray movies. But as a Windows 8 front-end to a forward-leaning, cloud-based video service, Xbox Video works pretty well.