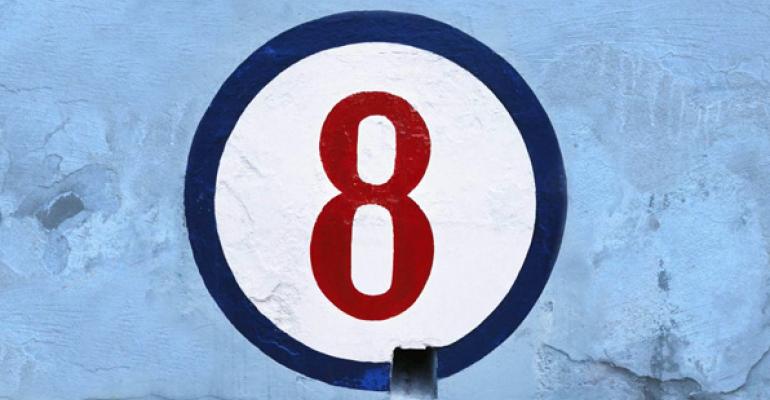 Note: This article is new and is not based on the previous version of this article, Windows 8 Feature Focus: SkyDrive (App Preview), which is now out of date.

As with similar mobile apps for Android, iPhone, and iPad, the SkyDrive app for Windows 8 presents a friendly, full-screen interface for viewing, uploading, downloading, and searching for your files on SkyDrive, Microsoft’s cloud storage service. But unlike those other apps, SkyDrive for Windows 8 also integrates with the underlying OS and with other Metro-style apps.

The SkyDrive app is simple enough. It provides a standard, full-screen, Metro-style front-end to the content you’re storing in the SkyDrive web service. As with the web service, each folder and file is represented by a tile, but unlike the web view of this content, the SkyDrive app lacks surrounding UI chrome by default.

Navigation works as expected. You can tap on a folder tile to view the contents of that folder, and use the Back button to return to the previous view. A drop-down menu associated with the header lets you easily access common SkyDrive locations, including the root of your own storage, Recent documents, and Shared.

You can also open files by tapping them, and in each case SkyDrive will use the app (or application) you’ve associated with that file type. Office documents, for example, will open in Microsoft Office if it’s installed, and PDFs will open with Windows Reader by default. Image files will open within the SkyDrive app, using integration with the Photos app, by default so that you can view them and, if desired, act on them (download, rename, delete, move, or open with another app or application.

This additional functionality, which is context sensitive, is triggered by SkyDrive’s hidden app bar. What you see in the app bar will vary according to the view, or to what’s selected. If you select a file, you’ll see options for downloading, managing (rename, delete, move), or opening, and you can select multiple files to perform some actions on them simultaneously.

This app bar is also the key to managing the content you store in SkyDrive. You can add new folders, upload content, copy or move content to new locations, and switch the view between thumbnails (the default view) and details. Pretty much everything you would expect. The one major exception is sharing: While you can use this app to access the content you’re sharing, you can’t share SkyDrive-based content from this interface. Instead, you’ll need to use the web site.

While using the app directly is straightforward, the real benefit of using SkyDrive in Windows 8 is that the app integrates with the OS and with other apps. For example, any app that utilizes a file picker—a full screen, Metro version of the “File Open” dialog—can browse SkyDrive in addition to your local hard disk. For example, if you are looking for a new lock screen image, SkyDrive is one of the apps that appears in the file picker, so you can find a lock screen image in your cloud storage.

SkyDrive also integrates with the Share functionality in Windows 8. When viewing a picture with the Photos app, for example, you can use the Share charm to “share” that picture with SkyDrive, which in this case means “upload the photo to SkyDrive,” not “share the photo with others via SkyDrive.” (Though you can of course do so later, via the web interface.)

Share works in the opposite direction as well. You can select a file in the SkyDrive app and then use the Share charm to share that file via other apps. So you can use the Mail app to send a SkyDrive-based file to someone else via email, or share via Facebook or Twitter using the People app.

If the SkyDrive app has a major failing, it’s that it’s just an online view, or window, into your SkyDrive storage. That is, if you’re offline, this app is essentially useless.