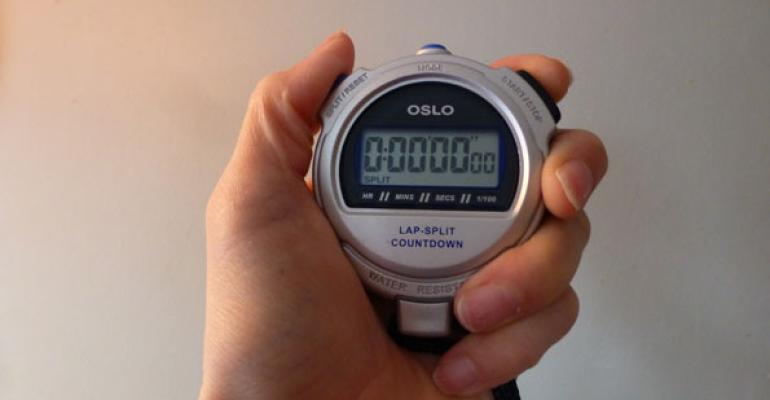 From what I can see, it's not even close: Clover Trail is superior to ARM

Folks, we’re standing on the edge of a cliff. Behind us is the comfortable confines of the PC world of old, desktops and laptops in all their familiar guises. But ahead, we see the blue sky and uncertainty of an amazing range of Windows PC and device types, with varying architectures and capabilities. It’s a future of amazing possibility, but it’s also confusing.

Since this is the SuperSite for Windows, and the motto here has always been “the future of Windows … today,” I’m going to leap right off that cliff. In doing so, I’m going to compare two very new PC architectures, the ARM based Windows RT and the Intel SoC (system on a chip) Atom “Clover Trail” running Windows 8. And just for the heck of it, I’ll toss in a third entry, a very old-school Intel Core i5, also running Windows 8.

If you’ve not been following the drama here, Windows 8 (and RT, which is a version of Windows 8) has been segregated into the haves and the have-nots when it comes to support for some newer technologies. Yes, any PC—including the i5 I’m using here for comparative purposes—can of course run Windows 8. But to take advantage of certain modern niceties—such as the smart phone-like Connected Standby power management mode—you need an ARM-based system running Windows RT or an Intel SoC system, which currently includes only the low-end Clover Trail Atoms. (Future high-end Intel chipsets will support this as well.)

Put another way, you’re forced to choose between the raw power of a traditional (Intel i3/i5/i7) PC and the finesse and elegance, if you will, of an ARM or Intel SoC-based device. In my own use of Surface RT, I’ve found ARM to be underwhelming from a performance perspective and a big step back compatibility-wise. So the hope, the dream, for Clover Trail is that these systems will provide the same device experience as ARM but with better performance and, of course, the same Intel x86 compatibility with software and hardware that PC users have come to expect.

And that’s what I’m trying to figure out here.

I have written exhaustively about Surface with Windows RT, of course. Please visit my Windows RT page for a complete listing of my recent articles about this device.

(The Samsung i5 tablet is not a production unit so I’m not hugely concerned about its results and it is here for comparative purposes only. Unlike the other two devices, however, this machine gets terrible battery life, has a loud and noisy fan—the other two are silent, with no fans—and runs hot.)

I’m not the kind of person who believes in or cares about benchmarks. Instead, I believe in real world usage. So my own tests involve things like app launch times, device boot, battery life when just playing full-screen HD video, and the like. In this first article, I’ll be comparing Clover Trail and ARM in the context of real world Windows 8/RT usage. In the future, I’ll look at how Clover Trail compares to big boy Intel PCs.

While new generation Windows devices based on Windows RT and Intel SoC shouldn’t need to be booted regularly—they’re typically just left to handle their own power management, as with a smart phone—improved boot time speed is of course a key Windows 8 feature and something we can easily compare. After making sure both the Surface RT and ATIV had all software updates installed and shutting down manually, I compared the cold boot time of each, side-by-side, and then measured the boot time of each (to the lock screen) and averages the scores.

Clover Trail won handily. In side-by-side boot tests, it reached the firmware logo and then lock screen much more quickly than did Windows RT. In fact, it wasn’t even close: The Clover Trail-based ATIV booted in under 10 seconds every single time with an average time of 9.8 seconds. The Surface, amazingly, took three times as long, or a bit over 28 seconds.

(For comparison’s sake, the Intel i5 tablet took about 14.6 seconds to boot.)

From lock screen to Start screen

Booting to the lock screen is fairly uncommon. A more common activity is to wake up the device and then sign in and get back to work. The ARM and Clover Trail devices spring back to life basically immediately (while the i5 takes a few seconds). But once you’ve tapped that final character in your password or PIN, how long does it take to get back to the Start screen (and back to work)?

Instantly, as it turns out. If you’re already sign in and the device is just locked, you are returned instantly to the Start screen.

But if you sign out and then sign back in, it takes quite a bit longer. Under 6 seconds in both cases, and only slightly faster on the Clover Trail--~5.2 seconds vs. 5.5 seconds for ARM.

Measuring this one is tricky because app caching can impact launch times, so I manually closed each app to try and get more accurate launch times. But understanding the test is easy enough: Tap and see how long it takes to get to the actual app UI (not the splash screen). And then since each app provides different kinds of data, some pulled from the Internet, ensure you’ve got the same data loaded.

The results were interesting. Overall, Clover Trail beat ARM when examining the launch times of apps that are included with Windows 8. But there were a few apps that, for whatever reason, actually launched more quickly on ARM. Here are some of the results, with Clover Trail listed first:

While Windows RT comes with Office Home & Student 2013 RT, Windows 8 does not. So I uninstalled the Office 2010 trial version that came with the ATIV and installed the RTM version of Office Professional Plus 2013 on that device and measured the start time of the four core applications, Word, Excel, PowerPoint, and OneNote. Here, it’s worth noting that launch times decreased with each subsequent startup, no doubt because of caching capabilities in Windows. But since I was running multiple tests back to back, I still feel the results are representative.

I was a bit surprised by how many of the games I’ve purchased that don’t work on Windows RT. But looking at a few representative titles, I think I have a pretty good idea of how this is going to go: Start times are generally faster on Clover Trail, as expected. But in game, the performance seems similar to me.

For example, the Angry Birds: Star Wars launch time was a bit better on Clover Trail, at 30 second vs. 33 seconds on ARM. (I measured until the main menu screen was available and had stopped moving.) But the game seemed to play identically on both. Hydro Thunder Hurricane was similar, and while I had expected the game to play better, with less lag, on Clover Trail, the performance was near identical as far as I could tell.

The Surface and Samsung ATIV Smart PC are both completely silent. But where the Surface gets warm with usage, the ATIV remains perfectly cool to the touch, and that’s true whether you’re playing games, working in Word, or playing video. Some may take exception to the apparent cheapness of the ATIV’s case compared to that of Surface, and I can’t say whether the materials play any role in the heat issue. But the Clover Trail device I have emits almost no heat, no matter what you do.

The results of my battery tests, such as they are, are inconclusive. When I tested Surface a few weeks back, I regularly obtained between 6 and 7 hours of battery life. The ATIV battery life results have been in the 8 hour range—I generally play HD movies full screen with no settings changes (Wi-Fi on, etc.) until the battery dies—so far. In fact, they’re so good, I sort of don’t trust them. I’ll have more of a handle on this for my eventual Samsung ATIV Smart PC review. But so far, it looks promising.

As far as comparing this to ARM, it’s a bit unfair since I don’t know how big the batteries are, respectively. I guess I’d say that battery life seems comparable. Both have great battery life.

Winner: Inconclusive, but battery life is not an issue on either platform

While comparing a single Clover Trail-based device to a single ARM-based device is admittedly not much of a sample size, the ease at which this Samsung ATIV Smart PC matched or exceeded Surface with Windows RT across the board suggests that my initial impressions of these platforms were correct. That is, given comparable battery life and performance, it’s unclear to me why anyone would choose a Windows RT-based system, in general, over a comparable Clover Trail-based system, since the latter has full compatibility with Windows 8 software and hardware.

Of course, “comparable” is subjective. The ATIV Smart PC is plastic, and bigger than the Surface, which is made of metal and nicely designed. My intent here wasn’t to compare these devices so much as their architectures, and while I do feel that Windows 8 plus Clover Trail is generally superior to Windows RT plus ARM, everyone has different needs, and of course device design can and should play into your decisions when it comes time to buy.

Comparing Clover Trail to ARM is also only part of the story. Having eliminated ARM, I’ll turn my attention to how well Clover Trail compares to traditional “Ivy Bridge” type PCs. Is Clover Trail acceptable only as a companion device? Or can you use such a system as a primary PC? I’ll try to find that out next and look more closely at traditional desktop applications and how well they run on Clover Trail. Part 2 is coming soon…