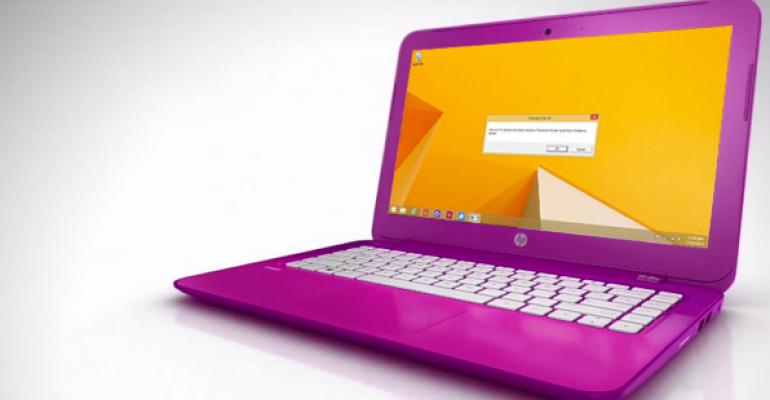 I'm sure it's not a rootkit

Microsoft has quietly released a Windows 10 Preparation tool for Windows 7 and Windows 8.1 which ostensibly makes sure your PC is ready for the new OS. But I'm pretty sure all this tool does is alert users when the latest preview build is available for download in January.

I'm curious if it actually does more than that. So if you run this on your Windows 7- or Windows 8.1-based PC and see anything other than a "Your PC is now ready for Windows Technical Preview" message, please let us know in the comments.

News of the tool comes courtesy of WinBeta, which was tipped off by a reader. But it's not clear what actual preparation it does per se. I would guess it just adds a trigger to Windows Update so that the next preview build will appear there. That happens January 21, as you may know.

I've spoken with Rafael Rivera about this tool and after a bit of Windows spelunking, he provided the following information.

The tool does check for OS upgrade eligibility. Which is a little more complicated than "Windows 7 or Windows 8.1." Actually, it will only work with Windows 7 with Service Pack 1 (SP1) and Windows 8.1 with Update 1 (KB2919355).

Likewise, if you've already run the tool and try to run it again, you will see the following message: "This PC has already been prepared for Windows Technical Preview. Windows Update will let you know when the latest preview build is ready to install on this PC in early 2015."

So what does the "preparation" bit mean? It means that the tool creates the following key in your PC's registry:

Put simply, this is roughly what I thought it was, a way to get Windows Update ready to look for and then prompt you to install the January Update for the Windows Technical Preview (or what we think of as the Windows Consumer Preview.)

Update 2: This is just the tool people download when they sign up for the Windows Insider program, not something new. In short, nothing to see here. This is what I get for trusting other blogs. :)