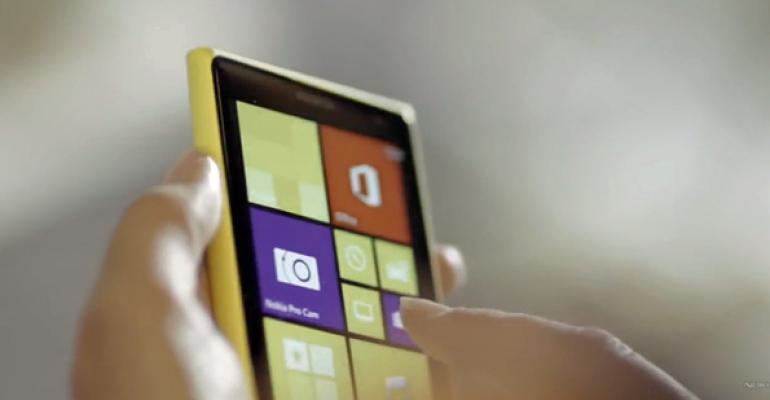 An occasional look at the technology I use regularly

Lots of changes since March, including a switch to Surface Pro for my daily computing needs, the Windows 8.1 Preview, the Nokia Lumia 1020, a different mix of Kindles, a new Roku, an increased reliance on a business version of Office 365, Xbox Music, and more

I get a lot of questions about the hardware and software I actually use. With the understanding that the reality of my job requires me to change my daily computing repertoire on a regular basis, what the heck, here's the list. I'll try to keep this up-to-date, but again, my testing requirements often cause me to change things up with little notice.

My previous (full) What I Use article appeared in March 2013. I also wrote an On the Road edition of What I Use back in April.

Note: Unless noted otherwise, I pay for all of the hardware, software, and services I use, mention, and recommend below. This isn't an opportunity for me to sell you on some vendor's products. This is what I really do use regularly.

While I maintain a wide range of laptop computers for testing purposes, most of my day-to-day computing occurs on a small range of "core" machines.

NEW: My desktop computer recently died, so I’ve been using a Microsoft Surface Pro 128 (running Windows 8.1 Preview) connected to a Pluggable USB 3.0 Docking Station as my primary PC for the past few weeks and may just keep doing so. This set up is connected to a 27-inch Planar PX2710MW display running at 1920 x 1080, a Microsoft Natural Ergonomic Keyboard 4000, Microsoft Explorer Mouse (Blue-Track) (I highly recommend both), and Bose Companion 2 Series II speakers (also recommended, but since replaced by a newer Series III model).

I use Microsoft’s Surface with Windows RT (64 GB with Type Cover) or the Acer Iconia W3 while traveling for entertainment purposes. Both have been updated with the Windows 8.1 Preview.

I maintain two “servers” currently, one of which is really a Windows 8 PC.

I’m using a previous PC—a Dell Optiplex 780 tower with a Core 2 Duo processor, 4 GB of RAM, and a 2 TB data drive—online as a server. (See Repurpose an Old PC as a Home Server for details.) This server is used for photos, music, some videos, and SkyDrive sync. I have iTunes and Amazon Cloud Player for PC installed so that my music collections will all be synced through Xbox Music as well.

I’m using the small business-oriented Windows Server 2012 Essentials on an HP Proliant MicroServer with an AMD Athlon II processor. This system was upgraded to 8 GB of RAM, and its single 320 GB hard drive has been augmented by six 3 TB HDDs (three internal, three external).

I use a number of portable devices, more so when I'm on the road.

NEW: My new daily-use smart phone is the Nokia Lumia 1020 (black) but I have two lines and am also using Nokia Lumia 920 (red). I’ll be testing various Lumia 1020 accessories in the coming weeks.

Updated: I also have several other smart phones that I keep on hand for testing purposes and for writing books and articles. These include the HTC Windows Phone 8X, a Nokia Lumia 820, a Nokia Lumia 620, and the Android-based Google Nexus 4. Each of these devices is recommended (the 8X and 820 highly so) except the Nexus 4, which has a surprisingly terrible camera.

These phones all run off my AT&T Wireless LTE subscription with a 4 GB/month Mobile Share tethering plan. I don’t just use AT&T Wireless: I prefer and recommend it.

I use an original (2010) Samsung Focus, which has been updated with 16 GB of additional storage (for a total of 24 GB) in the house (and attached to a nice Tivoli Model One radio) and on the road as an MP3 player for music and podcasts.

For testing purposes only, I also have various Apple iPads, a 5th generation iPod touch, and other related devices.

Our digital camera is a Panasonic Lumix ZS20, a 14 megapixel point and shoot with 20X optical zoom, a 24mm wide-angle lens, and GPS. It’s a bit large and heavy as point and shoots go, but it’s a great camera. That said, I may be switching to the Lumia 1020 full-time for photos. A coming trip to Europe will determine whether this makes sense.

One of the big advantages of storing memories (photos and movies) and music and video collections on a PC or home server is that you can then share them to other compatible devices around the house.

We were lucky enough to be among the first in the Northeast US to get Verizon FIOS Internet service a few years back, and since then we've upgraded to their phone and TV services as well. We use the built-in DVR to record TV shows, and it’s terrible. Our TV is a 46-inch flat screen Vizio LED LCD HDTV, which is actually excellent and was very inexpensive. The Internet connection now is 50 Mbps down and 18 Mbps up.

Updated: We have three set-top boxes in the living room, each of which gets used pretty regularly: An Xbox 360 S (250 MB hard drive; Xbox Video Marketplace, Amazon Video, Netflix, HBO Go, and more), a Roku 3, and an Apple TV. Each is highly recommended, but the Roku 3 is used the most frequently by far.

Like many people, I have stock collection of software that I install every time I reinstall Windows or get a new PC.

NEW: I am using the Preview version of Windows 8.1 (various editions) on all of my PCs.

Updated: I use and recommend Office 365 Home Premium, which includes subscription-based access to Office 2013 Professional Plus for 5 PCs and devices. I use Microsoft Word (hey, I do write for a living) and OneNote every day. I also use Office 365 Small Business Premium with a personal domain for work-related purposes, including my books.

I use Microsoft's SkyDrive (now built into Windows 8.1) and SkyDrive Pro (in Office 365 Small Business Premium) to synchronize key files between my PCs and the cloud. I also pay for additional SkyDrive storage.

For email, contacts, and calendar management, I use a mix of Outlook.com(personal, with a Hotmail.com address) Exchange 2010 (work, via Outlook Web Access), and Office 365. I have email accounts on numerous other services (Hotmail, Yahoo, iCloud, etc.) for testing purposes, but these are currently all being forwarded to Outlook.com.

For web browsing, I use Google Chrome (latest version) and Internet Explorer 11 in the Windows 8.1 Preview. I use and recommend Last Pass for online password management (it works in all major browsers).

I use Skype forinstant messaging with friends and family and to record podcasts and to chat with Rafael Rivera, my Windows Secrets co-author.

I use Facebook to keep in touch with friends and family only and Twitter to communicate with the world about tech topics; I use and recommend the excellent MetroTwit for Twitter on the PC.

I do not use any third party security software as Windows Defender in Windows 8.1 includes anti-virus functionality. My entire family uses it, and its predecessor, Microsoft Security Essentials, and we've never had any major issues.

Updated: I now use Xbox Music as my primary digital music player on the PC, Windows Phone and Xbox. I still use Amazon Cloud Player for my own ripped CD collection as well.

I subscribe to and recommend Xbox Music Pass (currently called Zune Music Pass), an excellent subscription music service that works with Windows 8/RT PCs (including the Xbox Music app), the web, the Xbox 360, and Windows Phone. The music on my primary phones come only from Xbox Music Pass.

When I purchase music, I use Xbox Music Store, Amazon MP3, and Apple iTunes. My music collection is backed up to Amazon Cloud Player. (And to Crashplan via Windows Server 2012 Essentials and to Carbonite via the Windows 8 home server.)

Netflix has emerged as one of the most valuable technology services we utilize, but we have been using the similar Amazon Prime streaming service, which doesn't have nearly as much content (but is free for customers of Amazon's Prime shipping service). When I rent or purchase TV shows or movies, I typically use Amazon Instant Video, Xbox Video Store, or just the On Demand feature in FIOS.

I use and recommend Audible for audio books. (Yes, Audible advertises on both of my podcasts now. But I would use and recommend this service regardless.) I have been walking a lot lately and have actually increased my consumption of Audible content recently.

Updated: I manage my photo collection in the Windows shell, but use the free Windows Photo Gallery for acquiring photos from devices and light image editing. For work-related image editing, I use Adobe Photoshop Elements 11 and Microsoft Paint. I backup photos to Google+ Photos with Picasa.

I use VLC Media Player to watch digital movies on the PC; VLC supports soft captioning in H.264/MP4 files, including VobSub-style captioning. (I use Xbox Video on the Surface RT.)

NEW: I no longer use DVD ripping solutions. There’s just no need.

Other applications and utilities

In addition to the aforementioned applications, I regularly use a number of other apps that don't necessarily fall into neat categories. I use Adobe Reader for PDF files and Techsmith SnagIt for screen captures. I use Visual Studio 2012 Express for Windows Phone 8 and Visual Studio 2012 Express for Windows 8 to keep up on software development issues.

I primarily stick to the built-in apps and experiences on Windows Phone since the platform is so integrated and complete. But I do use a handful of third party apps fairly regularly including Facebook, AP Mobile, Audible, Amazon Kindle, and myAT&T.

When I'm not on the road, I spend most of the day in my home office, where I use my primary PC, Xbox 360, and some other stuff too...

I now walk for 45 to 60 minutes every single day and listen to Audible books while doing so. When I can’t get outside, I use a LifeFitness X3 Elliptical Cross-Trainer for cardio and watch movies and TV shows via an Xbox 360 S that’s attached to a wall-mounted Sony Internet TV (24 inches). I also play basketball in the fall and winter. People who work in front of computers (or otherwise sit all day) need to do something energetic. For me, this is it.

I have a Herman Miller chair, which is at least 10 years old now but still works well. My desks various desks are all in the IKEA Galant workstation series.

Updated: I will be getting a standing desk in September. This is a desk that can change between sitting and standing modes.

I use a variety of hardware to record various podcasts. This includes a Heil PR 40 microphone with PL2T Boom Mount, a USB-based M-Audio Fast Track Guitar/Mic Recording Interface, and a new Logitech HD WebCam C525 web camera, all of which are excellent.

Our main printer is a network-attached Dell 3130cn Color Laser Printer, which is huge and power-hungry, but quite capable.

My favorite espresso, Guglielmo Espresso Classico, is now broadly available in the United States! We buy it locally at my favorite Italian specialty store, Tutto Italiano and brew it with a Lello 1375 Ariete Cafe Prestige espresso maker. It's inexpensive, but it works well. We may be replacing it soon, however, since it’s getting old and cranky.

If you have any questions about my gear, please email me.