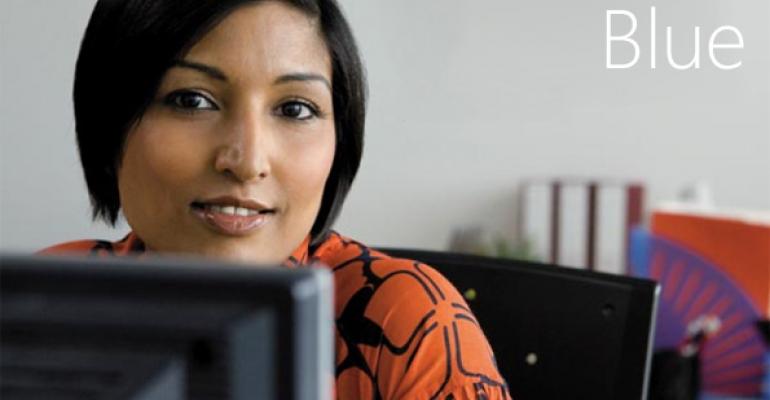 What the “Blue” Leak Tells Us About Microsoft’s Strategy

Has Microsoft listened to feedback about Windows 8? Yes and no

Yes, the tech enthusiast community online has been buzzing about the weekend leak of an early build of Windows 8 “Blue,” the combination service pack/feature pack that Microsoft intends to release later this year. But this leak betrays a number of salient points about Microsoft’s strategy for the future, and that strategy has a much broader impact than those few of us scurrying around excitedly about this leak.

First the bad news: If you were hoping that Microsoft would do anything—any one thing—to address the Metro/desktop integration issues I and others have raised repeatedly, prepare for disappointment: There is nothing in this build to suggest that Windows 8 “Blue” will let us boot directly to the desktop or whatever. That doesn’t mean this stuff won’t happen. But none of it is present in the leaked build.

For those of you who claim to enjoy the Metro environment and the even stranger and smaller subset of you who insist that the limitations of using Windows RT are in fact an advantage, well. You’re going to love Windows 8 “Blue.” This update to the OS significantly strengthens the nascent Metro experience in ways that are as obvious as they are necessary. If the initial Windows 8/RT release is a newborn baby, with “Blue,” the OS is finally taking its first steps. Not a man by any measure. But you can see where it’s heading.

From a strategy standpoint, however, the leaked Blue build speaks volumes about how Microsoft views the future of computing in the wake of what many see as a disastrous Windows 8 launch. And it’s very easy to communicate.

There are, however, improvements in two key areas, both of which I think are quite telling. First, the general Metro user experience is getting a big-time update, in order to make the system both more fully functional and usable. This is hugely important and this maturing of Metro will make it more acceptable to more users. Smart.

Second, and perhaps controversially in some circles, “Blue” is moving in exactly the direction many had predicted by further removing the need to ever use the legacy Windows desktop. Tons of Control Panel functionality has moved from the desktop into Metro, and not just into PC Settings, but also in-place, through the Settings pane, where it makes the most sense. (For example, you can access Start screen settings directly from the Start screen.) Also smart.

That latter bit is going to cause some kicking and screaming. But it’s important to remember where folks like us sit in the scheme of things. I’ve called recently for a more desktop-oriented version of Windows, perhaps, cough, it could be called Windows NT, that can sit alongside mainstream Windows versions and dispense with the touch silliness on traditional PCs. But it’s unclear what the size of this market is compared to the eventual market for touch-based computing devices. The bet that Microsoft made with Windows 8—and continues to make even more decidedly in Blue—is that this latter market is the future of computing. It is clearly focusing its attention there. At least in this leaked build.

The debate over Microsoft’s strategy thus continues. With Blue, nothing has changed.