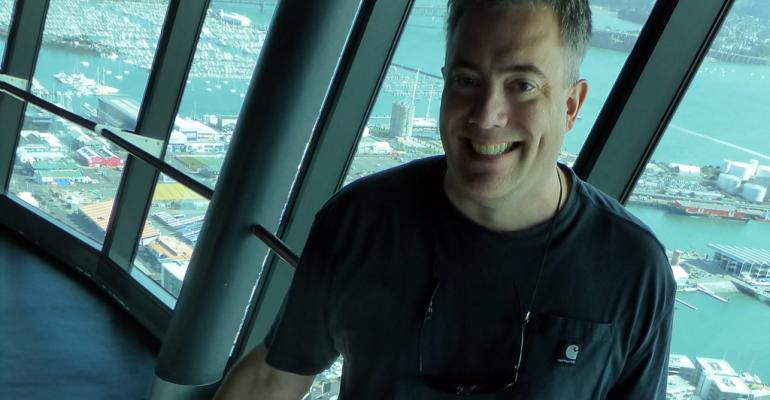 Welcome to the New SuperSite!

For months, I’ve been itching to reveal this stunning new version of the SuperSite for Windows, but it’s finally here. And while many are happy with the visual redesign, the site is in fact all-new architecturally as well. And that’s a big deal for me, given my goal of getting the best information out to you in the timeliest of fashions. This new site will make that easier than ever.

I started the SuperSite for Windows in August 1999 as an offshoot of my Internet Nexus web site, which hosted my WinInfo news and information content as well as a feature called “the future of Windows,” itself the predecessor to the SuperSite. Excited by Microsoft’s promise to bridge its consumer and NT product lines in Windows NT 5.0—a promise that was later put off until Windows XP—I broke off the SuperSite as a separate entity dedicated to that one product. But it quickly grew to encompass coverage of other Microsoft products and services and, over time, even competitive offerings.

But that’s the past. Today, the SuperSite is a top online destination for fans and users of Windows and Microsoft’s other products. And while my candor and independence is sometimes shocking to people both inside and outside of Microsoft, I hope it’s also refreshing. I’m not here to cheerlead for Microsoft. I’m here to help you.

On that note, this new version of the SuperSite provides me with a better looking, faster, and more reliable stage from which to do what I think it is I do best: Have great conversations with people who care deeply about technology and want to learn more. I intend for us to continue learning more from each other for years to come. And this new site will help make that happen.

Visual refresh. Obviously, the SuperSite has been redesigned to be more pleasant looking and, where possible given the constraints of our CMS (content management system), more Metro-like and modern. We went through a number of designs, and while my original idea of using my Xbox LIVE avatar as the logo was summarily shot down—people seem to love the coffee cup imagery though it’s now almost 8 years old—I love the way it came out. The new site has a whiter, airy feel to it and is more dynamic.

Mobile site. Readers have been clamoring for a mobile version of the web site for years, which is perfectly understandable. But under our previous CMS, such a thing was next to impossible. Fortunately, the new CMS—which is based on Drupal—not only allows this but supplies a stunning mobile experience that looks great on any modern smart phone. You should be redirected to the mobile site on such a device, but if you’re not—we’re working on Windows Phone and iPod touch as I write this—you can always get there directly by visiting m.itprotoday.com.

Comments. Readers have also frequently asked about the haphazard way in which article comments were handled previously. Fully explaining this would require a lot of time and space and involve the architectural versioning of the site over time, but the short version is that there was no conspiracy theory. Instead, you could comment only on blog posts (which, oddly, were different from site “articles”). But if you read one of my articles on the Windows IT Pro site, you could comment there. Anyway, it’s fixed. If it’s on this site, you can comment on it. Note that because of the volume of comments and the nuttiness of some of the Apple fanatics that seem to stalk me, comments are moderated and won’t hit the live site until I approve them. I will do this regularly throughout each day. But I will also aggressively moderate off-topic and abusive comments. Let’s keep it clean, on-topic, and—most important—useful and informative. Please.

Twitter integration. In splitting up how I use various online services, I’ve come to rely on email for one-on-one conversations, Facebook for conversations with people I really know, and Twitter for broader tech conversations with people I often don’t know personally. Twitter is great because a questioned answered there can benefit many, whereas a question answered via email is good for only that one person. (This is why I created the Mailbag series of articles, by the way.) So we’ve added a neat Twitter widget to the side of each page on the site, so you can follow along in a different kind of tech conversation: A public one, on Twitter.

There are many other changes—new category pages and new ways of organizing content, for example—but you get the idea. I’ll be making further changes to the site in the weeks and months ahead and will be experimenting with the layout and presentation of items, especially on the top of the new home page. But that’s the big stuff.

There is, of course, some bad news. Some of this will be fixed by coming changes to the site. But some won’t.

The biggest negative change, perhaps, is that the Windows Phone and iPhone mobile apps we used to offer are no longer available and cannot be updated because of back-end changes related to the new CMS. The folks that made these apps are technical geniuses (and good people) and I thank them again for their hard work. But with the new mobile version of the site, the mobile apps are no longer necessary, and we now have a great mobile solution that works across Android, iPhone, and Windows Phone handsets. (The normal site looks and works great on tablets.) The big downside here is that there’s no offline support, of course. It’s a net negative, I know. But it was the only way forward that made sense, unfortunately. We tried to make it work, but it just wasn’t possible.

For the time being, WinInfo news articles and other content I create for Windows IT Pro (including a weekly editorial and a monthly magazine column) will not be available on this site because of architectural differences between the two. Rather than re-post this content on both sites, however, I will soon be able to publish “link” entries that will appear on the home page in-line with posts from this web site. The difference is that when you click on such a story, it will take you to Windows IT Pro. But at least the home page will once again have everything I write in that one place. Soon.

Finally, if you subscribe to the SuperSite RSS feed, the address has changed to itprotoday.com/rss.xml. The old RSS feed is currently redirecting to the new one, but you may want to make the change in whatever feed reader you’re using.

I welcome any and all feedback you may have about this new site. You can do so in the comments section below or email me at paul at windows it pro dot com. The conversation hasn’t changed. But it sure has gotten a lot prettier.