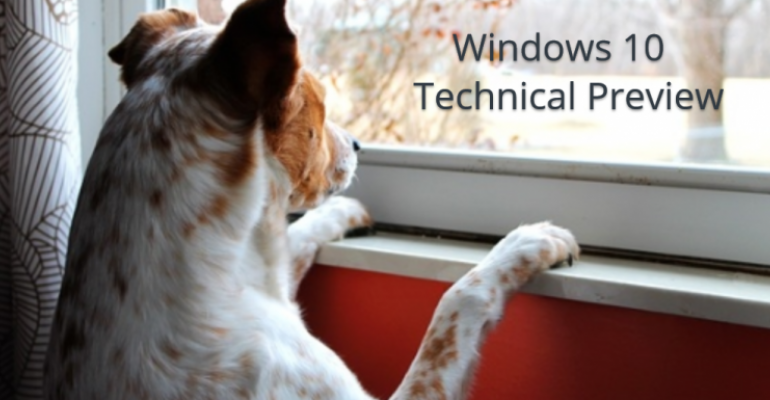 Waiting on the next build of the Windows 10 Technical Preview

Update: We have posted a poll here on the SuperSite to find out your opinions on the pace of updates for the Windows 10 Technical Preview so be sure to vote!

I mentioned the other day that it has been over 40 days, exactly 43 as of today, since Microsoft released a new build of the Windows 10 Technical Preview to the over 2.8 million Windows Insiders enrolled in the program.

For a program that promised a faster release schedule 40 days seems like a very long gap between builds but it is not the largest to date.

The gap between 9879 and 9926 is the longest you should expect to see with the program, because of the holidays and the need to add and stabilize feature payloads. We’ll get new builds out faster moving forward – thank you for being patient with us.

That is a total of 73 days between those two releases which means Microsoft could technically release the next build anytime in the next 30 days and still keep the gap between 9926 and the next build smaller than the 9879 to 9926 gap. Thus their promise of not exceeding the 73 day period between build releases would not be broken.

By the way, it will not be 30 more days before that next build comes out.

Yesterday, I went out on Twitter with a poll just to see how folks felt about whether we might see a new build before the end of this week.

The response is nearly split right down the middle. 52% think we will see a new build today; 48% do not think so. That seems about right for this point in the process as half will be hoping for a new build since it has been over 40 days while the other half are frustrated that it has been so long in between builds.

There is no doubt that Microsoft is working hard on this next build and will release it when it is ready.  We also know that one big addition is being baked into this build – Project Spartan – which obviously will take some time since it is such a significant part of the OS.  Don't forget that based on video of a recently leaked build of Windows 10, Cortana is being fully integrated with Project Spartan as well.

Plus, when you receive over 900,000 pieces of feedback and bug reports there is plenty to work on while that is happening.

Whenever this new build arrives, this week, next week or within the next 30 days it should contain some wow level changes and capabilities. If not the wait will have been very disappointing.