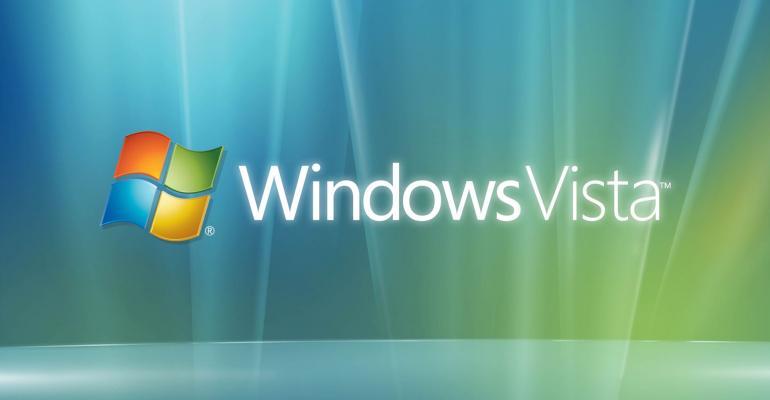 Upgrade Options for Windows Vista as Support Expires in 2017

The extended support time frame for Windows Vista will expire one year from this week on 11 April 2017.  That will mark the end of 10 years of total support for the operating system.

When Windows 7 was released in October 2009, Windows Vista was the second most adopted Windows OS (19%) behind the ever popular Windows XP (63%). Unfortunately, due to steep system requirements and controversial new technologies like User Account Control (UAC) and more restrictive Digital Rights Management (DRM) the OS did not get out of the gate very well.

Today that story is very different because since 2009 it has steadily declined in usage as people opted to stay with Windows XP or adopt Windows 7 as their new operating system.

According to April 2016 data from StatCounter, Windows Vista is only on 1.77% of the computers connecting to the Internet these days. In comparison, the older Windows XP version of the OS continues to see nearly 5 times that usage with 7.4% of the Windows share of machines that are online.

If you do the math based on 1.5 billion PCs being out there in the world, then there are still 25.5 million computers running Windows Vista today.

So what options are available for those die-hard Windows Vista users to get themselves on an updated operating system within the next year.

Since Windows Vista came out in January 2007 hardware has come a long way.  Even with the high end hardware that was needed to run the operating system decently it is now outdated technology from 9 years ago. Everything is faster these days from processors, to memory, motherboards, hard drives, etc.

The performance bump that is possible just by purchasing new hardware will knock your Windows Vista loving socks off.

Also, any new hardware purchased today will likely have Windows 10 installed by default and it is the most secure operating system released by Microsoft. That means you will get a bump for your security profile and performance in one fell swoop.

Currently the most popular version of Windows is in Extended Support until 14 January 2020. That means the OS will continue to receive security updates if any vulnerabilities are found.

Since Windows Vista is an eligible upgrade platform for Windows 7 that means you can purchase the less expensive upgrade version of Windows 7 instead of the more expensive full version of the OS.

A quick search of Amazon shows there are multiple options for picking up Windows 7 for under $75 (Windows Home) and Windows Professional at just over $100.  Note: Make sure you are selecting a properly licensed version of Windows 7 with a valid Certificate of Authenticity.

Microsoft also offers an extensive tutorial on how to upgrade from Windows Vista to Windows 7.

Based on my experience Windows 7 ran very well on Vista era hardware and should be OK on many of those systems.

However, check your system first with the Windows 7 Upgrade Advisor to make sure all of your hardware and software are compatible.

Windows Vista is also eligible to upgrade directly to Windows 8.1.

Microsoft also has a page dedicated to this upgrade process with links to Windows 8 Upgrade Assistant that will check your system and warn you of any compatibility issues. This should be the first thing you run if you are considering this as an option.

Windows 8.1 is easily available on Amazon but expect it cost a bit more than Windows 7 right now.

You could also consider, alongside of the OS upgrade, to update some of the hardware on your older system but be aware that getting your hands on those types of upgrades is challenging. Once you calculate in the rarity of those components and the corresponding higher prices you will pay for them it is not really a good choice from just a financial perspective.

In the long run it would make more sense to invest that money into a new system.

One more note about the two OS upgrade options mentioned above. Both Windows 7 and Windows 8.1 are eligible for the free upgrade to Windows 10 until 29 July 2016 when it is scheduled to expire.

That means the upgrades to Windows 7 and 8.1 could provide you the stepping stone to get on the most recent version of Windows at no additional cost.

Just for perspective I have successfully run Windows 10 Insider builds on a Vista era laptop and it performs pretty good in comparison to Windows Vista on the same device.

While holding onto older hardware and upgrading to modern versions of Windows are not upgrades that are full of performance increases – it will at least get you onto an OS that has more support left than Windows Vista itself.

In today’s security landscape it is extremely important to be actively protected from security threats.

Bottom Line: The best option which will result in the most bang for your buck is purchasing a new device to upgrade from Windows Vista. You will not only get current and better performing hardware but you will also be on a more modern operating system that is ready to handle the security threats that are out there.