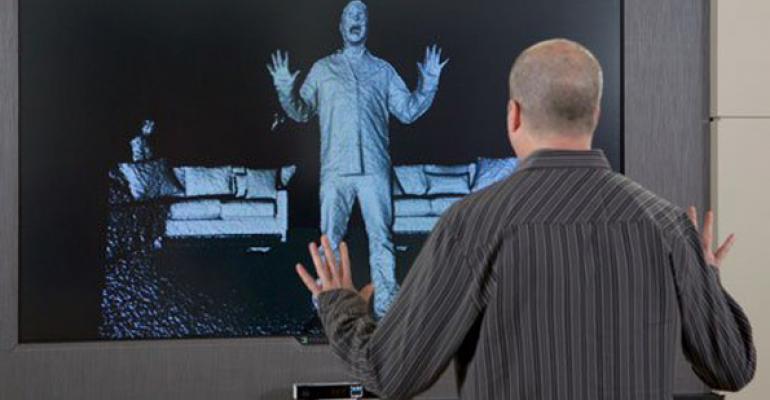 But where are the apps?

The third generation Kinect sensor that Microsoft will ship with Xbox One in November is coming to Windows users in 2014, Microsoft said today. But it’s still not clear whether (or when) Microsoft intends to target end users with the device.

You may recall that Microsoft shipped the first generation Kinect for the Xbox 360 in late 2010. That device experienced a heady but very temporary sales spurt and even helped propel console sales upward for a couple of months. More to the point, Kinect for Xbox 360 was/is aimed squarely at consumers, and it was accompanied by dozens of mostly cartoon-like games.

Microsoft shipped the second generation Kinect, called Kinect for Windows, in early 2012. This device was/is aimed squarely at developers only and it came with not even a single end user experience. It also cost an amazing $250 (still does). The expectation was that Microsoft would eventually ship a Kinect for Windows aimed at consumers, and that developers would have created enough end user experiences to justify the device. Perhaps Windows 8, which seemed naturally attuned to the Kinect’s voice- and hand gesture-based navigation, would even include Kinect compatibility!

This past week, Microsoft announced that the third generation Kinect sensor will ship with the Xbox One. Unlike with the 360, the device is not optional and is now considered key to the Xbox One experience.

Clearly, obviously, this same Kinect sensor will be made available to Windows users this time around, right? Right?

Ignoring the obvious resolution/fidelity/performance improvements in the device, I strived to find some word in this post that would explain the end user purpose. There’s not much to go on. Instead, Microsoft simply promises to share details about how developers and designers can begin to prepare to adopt these new technologies so that their apps and experiences are ready for general availability next year. So there’s hope yet.