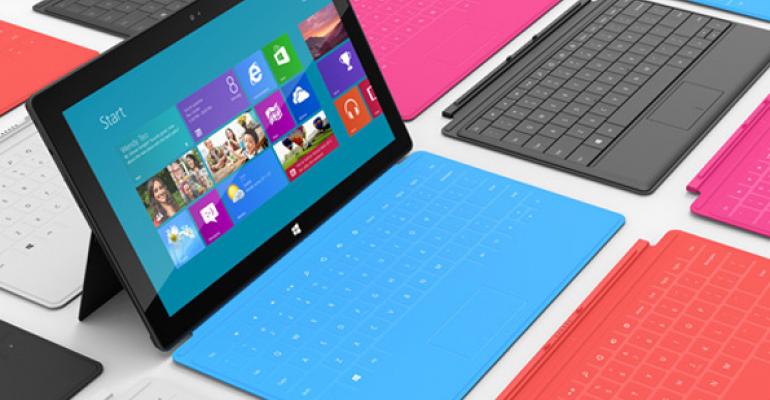 Do Windows 8 devices meet customer needs, or is this just Tablet PC all over again?

With the advent of Windows 8 and a new class of hybrid PCs and devices, the Windows world is about to be plunged into a more portable and mobile future. But haven’t we been down this road before? And have Microsoft and its PC maker partners learned the lessons of their past failures?

Say what you will about Microsoft and innovation—the consensus is that these terms together are an oxymoron—but one area in which it was decidedly ahead of the game is with tablet computing. Relax, PC historians, I’m not claiming that Microsoft “invented” this market. But I am claiming that once the firm had established its dominance of the PC market with Windows XP, it turned towards a variety of initiatives in which this newly formidable product could be melded to new businesses. And a key initiative, the brainchild of co-founder Bill Gates, was Tablet PC computing.

Tablet PCs, backed by two generations of Windows XP Tablet PC Edition, the first of which appeared in 2002, and by subsequent releases of Windows, never took off in the marketplace. Reflecting on this, I recall the issues being the lack of reasonably mobile Intel chipsets and the subsequent poor performance and battery life of the first generation of products. But these issues were fixed over time, and to be fair, the biggest positive aspect of Tablet PCs, the convertible PC design, actually came from PC makers—whom we usually complain are slow-moving and lacking in innovation—and not from Microsoft.

In 2010, when Apple announced its iPad, I infamously described the product as a letdown in my coverage of the launch, Apple Drops an iDud. I wasn’t the only one who was wrong about the iPad, but to at least excuse my first impressions of the device, the one thing that Apple people will never understand was that I, unlike them, had had almost a decade of Tablet PC experience coloring my view of the iPad. I had experienced the failure of the Tablet PC firsthand and probably have spent more time trying to use these types of devices than almost anyone. So the iPad didn’t impress.

Until, of course, it did. The first iPad was good, but the second iPad was great. And of course Apple hasn’t looked back since. And while the iPad is shedding market share to Android, an inevitable event, it also rightfully created a new market for touch-based portable computing devices in a way that Microsoft never did, despite being in market 8 years earlier.

How is this? And are the new generation of Windows 8 devices repeating the same mistakes?

First, the iPad succeeded in part by being late to market. That is, in the intervening years, Apple created a compelling new device infrastructure in iOS that is far more efficient on a new generation of ARM-based mobile devices than is Windows. It focused on the easy—finger/touch control—rather than the hard—stylus and handwriting recognition—and created a system that was aimed at consumers not businesses users. And it established a formal ecosystem for apps and content that has exploded in ways that Microsoft never even considered previously; today, all device ecosystems copy the Apple model.

Microsoft had this experience to build off of when creating Windows 8. And while it certainly learned from Apple in some key ways, the parallels with 2002 and the first Tablet PCs are somewhat amazing.

In 2002, Microsoft’s hardware partners went to market with Intel’s inefficient chipsets of the day, resulting in poor battery life and performance. But one company, Transmeta, offered a better, more device-like experience with a “code morphing microprocessor” that promised low power consumption and heat dissipation. It just ran Windows and its applications really slowly. You know, just like ARM does today.

In 2002, Microsoft wanted to push slate PC designs, but its PC maker partners saw the futility in this and offered a convertible PC design that let a single device double as a laptop and a stylus-capable (but thick) tablet. Today, Microsoft is pushing a slate PC design, the Surface, while its partners are almost universally offering hybrid PCs of all kinds, especially convertibles. (Even the “detachable” Samsung ATIV Smart PC I just wrote about is basically just a new take on the convertible.)

There are differences, too, most of which are related to the same technology-based improvements that have helped Apple. Windows 8 is a “touch-first” OS, so while it still supports the Tablet PC-style stylus input that’s been sitting dormantly in Windows for years, it was designed primarily for touch-based devices, just like iPad. And those devices are indeed devices, not PCs, especially the ones that are running Windows RT, the ARM-based version of Windows 8.

And while current Ivy Bridge-based tablets have loud fans and get middling battery life, 2013 should see the end of those issues thanks to new generation Intel chipsets that will provide the same PC/device melding in hardware that Windows 8 does in software. Battery life will improve, thinner and light form factors will appear, and cloud computing has emerged to offset the relatively low onboard storage of such devices.

Still. You have to be a bit concerned that we’ve been down this road before. Were the lessons learned?

This morning, I coincidentally wrote about my experience of deleting old optical disc- and hard drive-based backups in Zero Data: The Hardest Part is Saying Goodbye. I spent a good amount of time looking at old backups, and I actually found a few things I’d written years ago about the Tablet PC, not for Penton/Windows IT Pro, but one-off articles for the education market. And while I probably shouldn’t reproduce them in full here, I will provide a few relevant sections that are interesting in retrospect and germane to this discussion.

In the original, unedited version of a 2002 article for Thomson IT Link Magazine, I identified some early problems with Tablet PC:

“Imagine … everyone has a Tablet PC. So you might take your Tablet PC to a meeting or class, and take several pages of handwritten notes, which you then share with me. But why would I want notes in your handwriting? I can barely read my own handwriting. If you had typed the notes, they would be instantly accessible to anyone. But with handwriting, we must suffer through the differences in writing styles and clarity. Thanks to decades of computer usage, most people don't have very good handwriting … In short, Digital Ink falls apart when you need to share data. And in an interconnected world, easily sharing data is a necessity.”

“So is the Tablet PC an exciting new platform, full of promise, or a weak first attempt at capitalizing on a long sought-after dream? Like most Microsoft products, it might be best to wait for a future revision, but the convertible tablet devices are most interesting today because they can be used as a normal laptop if all else fails.”

One interesting tidbit about this article: The word “touch” doesn’t appear once: Tablet PCs were designed around the stylus, not the finger.

In another article about software obsolescence from 2003—which, intriguingly mentions Microsoft’s desire to get all customers on subscription plans, something that is only just now starting to happen—I voice hope that the second generation of Tablet PC devices and software will be more successful.

“Tablet PCs have been slow sellers in the marketplace for a variety of reasons, including poor performance and battery life. But with a second generation of more viable Tablet PCs hitting the streets in late 2003, the market for these devices is set to explode. Predictably, Microsoft is also prepping a new update to its XP Tablet PC Edition software.”

“However, XP Tablet PC Edition 2004--due in Spring 2004--will be a free upgrade to all current Tablet PC owners and will offer only minor changes over the original software. That's good for early adopters, but it also means that people looking to purchase Tablet PCs today don't need to wait for the software revision to buy. Those that did purchase first generation Tablet PCs last year, however, face a different kind of obsolescence--hardware obsolescence--because those products were woefully underpowered to begin with, and no amount of software improvement can change that condition.”

This, I think, will be an issue for people who purchase(d) first generation Windows RT-based devices like Surface with Windows RT. (And, to a much lesser extent, those with Clover Trail-based systems as well, which offer some of the same limitations.) The question now, as then, is whether future versions of Windows 8/RT scale equitably to first generation hardware or, in the case of Windows RT especially, are even made available. I’m guessing not.

Anyway, I’m hoping that history doesn’t repeat itself, that Microsoft can this time make Windows into something that does make sense on highly mobile devices. Windows 8 is a good start, and is certainly more in line with what I believe that customers want than was Tablet PC. But those similarities are a bit alarming. They just are.