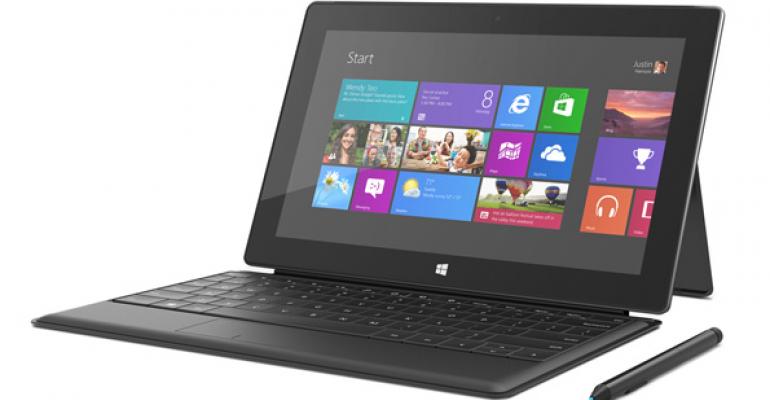 Surface Pro is arriving a bit later than promised

So much for that January promise: Microsoft announced today that Surface with Windows 8 Pro won’t ship to customers until February 9. Additionally, Microsoft will release a new standalone version of Surface RT that features 64 GB of storage but no Touch Cover and a handful of new Surface accessories.

“The response to Surface has been exciting to see,” Microsoft general manager Panos Panay said in a prepared statement. “We’re thrilled to continue growing the Surface family with the availability of Surface Windows 8 Pro on February 9 and by increasing the number of places customers can experience Surface firsthand.”

I already provided the most complete preview of Surface with Windows 8 Pro anywhere, so be sure to check that out for information you won’t find anywhere else. But today’s announcement includes a few additional details:

Update: Microsoft changed the PR and it no longer notes that a Type Cover is included. Ah well.

Surface Windows RT 64 GB standalone. Many (potential) customers bemoaned that in order to get a 64 GB version of Surface RT, you had to get a bundle Touch Cover. So Microsoft will now offer a 64 GB Surface RT with no cover. No pricing information is available yet, but it will presumably fall around $599-$649.

If you’re curious about the slipped release date, I exclusively revealed that it would be February on last week’s episode of Windows Weekly. My sources had previously told me very late January, and then January 27. But the early February slip is due to the PC refresh cycle at retailers. As you may recall, Surface Pro will launch at additional retailers like Best Buy and Staples in the US, and not just at Microsoft Store, so Microsoft needs to accommodate their schedules as well.

Also, I’m sure many are curious about pre-orders. No news there yet.