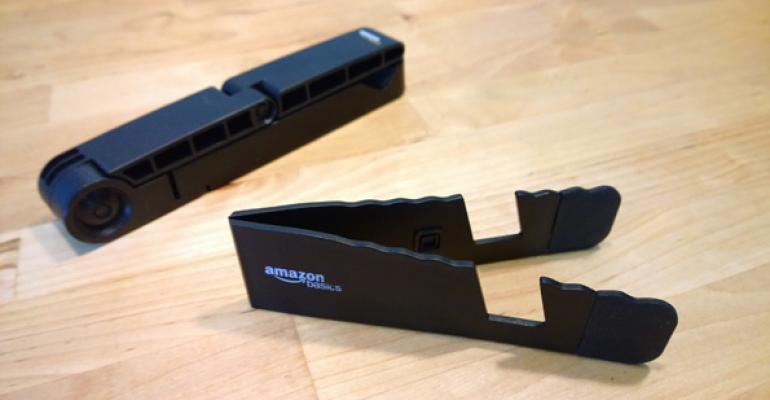 While Surface RT and Pro were designed to integrate quite nicely with Microsoft’s Touch Keyboard and Type Keyboard, you can of course use any keyboard with these devices. Which raises an interesting question: Does it makes sense to opt for a bigger and more comfortable keyboard when you’re on the go?

That depends. But in using the Acer Iconia W3 mini-tablet more recently, it’s occurred me that pairing a small tablet/screen with a larger keyboard provides an interesting solution for those who travel. What if you paired a similarly bigger keyboard with a Surface?

Honestly, I view the packaging of a Surface RT or Pro tablet with a third party keyboard in the same way I view those who pull out an iPad with external keyboard at industry events. (Which is to say, negatively.) But I do understand that some people may prefer this kind of set up because it lets you use the tablet in its native form without any attached keyboard but then potentially use a full-sized keyboard when needed, getting a better typing experience.

And since both Surface devices provide a built-in kickstand, you can at least minimize what you carry. Though as you’ll see, you certainly don’t have to.

So. At minimum, you could simply attach a Bluetooth or other keyboard to the Surface and carry both. Bluetooth is better because its dongle-less and you won’t need to use up the one USB port on the device. But you can of course use a USB dock or hub as discussed in Surface Tip: Get a USB Hub. Of course, doing so complicates matters as it’s yet another thing to carry.

I think most people get that this is possible. But if you’re not a big fan of the single screen angle that is provided by the built-in kickstand, you can of course go bigger and add a tablet stand. I’ve used a variety of these and only the first two are suitable for travel.

The first is the Amazon Basics Mini Travel Stand. It costs less than $7, folds into something you’d never even notice in a bag, and is surprisingly steady holding even a Surface.

In truth, this device only makes sense for tablets that don’t already have a built-in stand, as it’s not particularly adjustable. But I don’t leave home without it.

Next up is the Amazon Basics Portable Fold-Up Travel Stand. This one is almost infinitely adjustable, and while it’s certainly bigger in the bag that the mini version, it only costs a few cents more. It’s worth having one around. I actually bought two because they’re so versatile.

There are bigger stands, too, of course. I have an old Griffin stand I use around the house for tablets, but it’s too big and heavy to travel with. (It’s also not very adjustable.)

Whichever route you go, the touch-typists in the audience may benefit from a combining a bigger keyboard with a Surface. You’ll suffer a bit from a travel and complexity standpoint, but if typing matters—as it does to me—it may very well be worth it. Just don’t forget to pick a solution that fits in your bag.