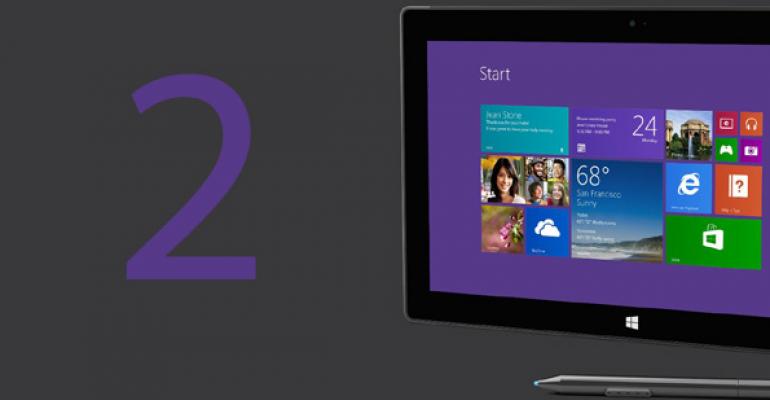 Surface Pro 2 will include an improved kickstand and internal changes

A Neowin post this morning details a few of the features in the next generation Surface Pro, which Microsoft will indeed call Surface Pro 2. Here, I'd like to expand just a bit on the information Neowin provided.

I've already prepared a much more detailed report about Surface Pro 2, Surface 2, Surface "mini" and the various third party tablets and hybrid devices that Microsoft's hardware partners will ship this fall. But for now I can at least corroborate and expand on what Neowin published today.

First, be sure to check out Surface Pro 2: Haswell, more RAM and a 'refined' kickstand.

Microsoft is building a Surface RT 2. This is true. But it's called Surface 2.

Surface [Pro] 2 will run Intel’s latest line of chips, a Haswell-based Core i5. This is also true: It's powered by a 4th generation Intel Core i5.

RAM will receive a considerable bump, being doubled 4GB to 8GB. Surface Pro 2 will offer a choice of RAM. I don't see anything specific, but am guessing that the choices are 4 GB and 8 GB.

Microsoft has "refined" the kickstand that ships with the device. True: Surface Pro 2 (and Surface 2) will ship with an integrated two-position kickstand.

Price. I don't know this either. But that's because it could change. As with Neowin, I don't expect much change from Surface Pro either.