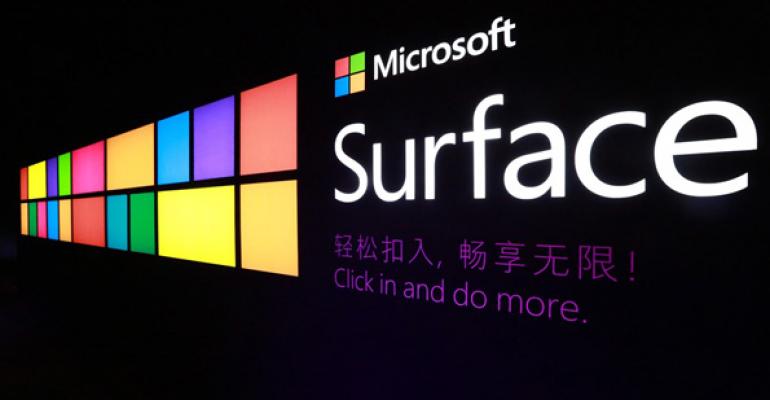 Surface Coming to More Countries Over Next Several Weeks

Good news for those waiting on Microsoft's Surface tablets internationally

If there’s been a consistent complaint about Microsoft’s Surface family of tablets, it’s that the devices are not available in enough markets. That’s about to change: Microsoft announced today that Surface RT and Pro will be launching in additional markets over the next several weeks.

“We know it took us a while, but we hear you, and are excited to be able to provide an update on the countries where Surface RT and Surface Pro will be launching in May and June,” Microsoft general manager Brian Hall wrote in a post to the Surface Blog. “Additional details on launch events, retail availability, and pricing will be provided in [the] future ahead of actual launch dates.”

Mexico. By the end of May

Surface with Windows 8 Pro launched in February 2013 and has experienced availability difficulties and is available currently online in a few markets: The U.S., Canada and China. But that’s changing big time. The following countries will get Surface Pro on the following dates:

Korea, Malaysia, Russia, Singapore, and Thailand. Before the end of June

Mr. Hall noted that Microsoft’s silence about availability expansion over the past few months was due to sensitivity about the problems it had shipping enough Surface Pro units into the market already, especially the 128 GB version. But he says that most retail partners in the U.S. and Canada as well as the Microsoft Store now have the 128 GB product consistently in stock, and it’s time to expand.

Good news all around.