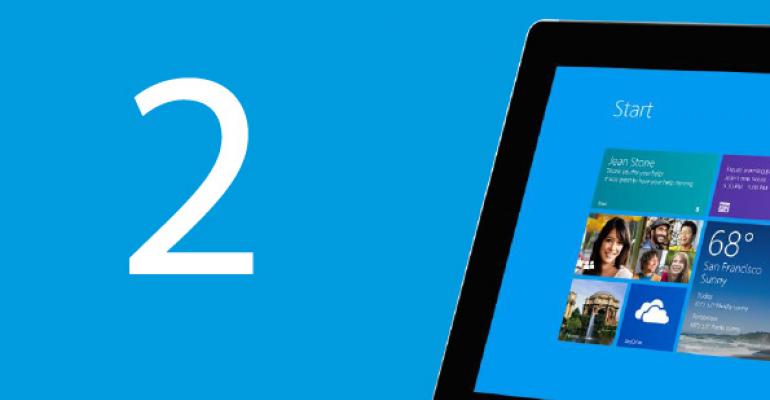 Surface RT no more, but still Windows RT on the inside where it counts

Less than a week after the first report about the next generation Surface Pro 2 tablet, details emerged today about its Windows RT-based stable mate, which will be branded as Surface 2. According to an exclusive new report on Neowin, Surface 2 will look and work almost identically to its predecessor but feature a faster TEGRA 4 processor and a 1080p screen.

Check out the Neowin report Surface RT 2: Tegra 4, 1080P screen, and more for the full rundown.

Here's what I know about Surface 2, which will look identical to the current Surface RT, though I've seen images of a white version of the device (in which only the front screen bezels are black).

Battery: Up to 8 hours

Yep, Microsoft is pushing forward with Windows RT, though they've removed the RT branding from the Surface device that uses it, which is interesting. Pricing is key to the success of this device, and if Microsoft doesn't significantly undercut the $500 price point it launched at last year, this product is DOA. The white looks nice. But this is an even more modest upgrade than the Surface Pro 2.

Today's revelations follow a steady stream of leaks about Microsoft's next-generation Surface plans. In addition to the Surface Pro 2 news, which I wrote about in Surface Pro 2 Details Emerge, we've also learned about two key new accessories that will ship this holiday season: A power cover (detailed in Surface Power Cover to Ship This Year) and a docking station (see Microsoft Prepping a Surface Docking Station for more info). Both are highly anticipated by current and future Surface Pro users.