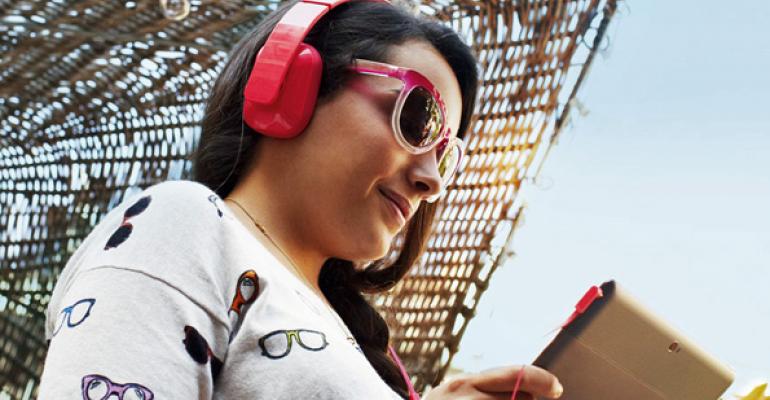 This week, Microsoft confirmed that it had "finished" Windows 8.1, the much-needed major update to Windows 8 and Windows RT. But in declaring "RTM," Microsoft also not so subtly changed the meaning of the term. With this release, RTM no longer means RTM. So in Microsoft's book, "finished" no longer means "finished."

In what must be my 11,000th explanation of the term, RTM stands for "release to manufacturing," the time at which a product team, in this case the Windows team at Microsoft, signs off on the final release code for the product in question, in this case Windows. And when I write "signs off on," I literally mean "signs off on": There is an often-oversized board—kind of like those novelty checks you see lottery winners receive—on which all of the employees in charge of key components of the product sign their name. The idea, I assume, is that by providing their personal guarantee that their part of the product is both complete and fully functional that the overall project is of course of high quality as well. They're taking personal responsibility for it.

In the old days, the RTM process also involved the creation of what was called "the golden master," an optical disc containing that final RTM code. So named because the disc was literally gold (as CD-R and then DVD-R discs were back in the day), the golden master(s) were created—thus the "manufacturing" part of RTM—and then physically delivered to Microsoft's PC maker partners, often with great pomp and circumstance. In fact, former Windows lead Jim Allchin once showed me the Windows Vista kit that the firm gave to PC makers to celebrate that release. It looked like the type of explosive case a spy chains to his arm in an action movie.

Well, that's all history now. And while it was fun, it's over.

This week, when Microsoft confirmed that it had reached the RTM milestone, the firm not-so-subtly changed the meaning of RTM, perhaps forever. It has not delivered a golden master to anyone, in fact I'd be surprised if discs were pressed for any reason other than nostalgia. Instead of manufacturing anything, Microsoft "started releasing Windows 8.1 and Windows RT 8.1 to [its] hardware partners." I'm not sure why it's "started" doing so rather than do it, but I suspect the delivery was electronic, not physical, in most if not all cases. Microsoft has not released Windows 8.1 to manufacturing. It has released Windows 8.1 to manufacturers.

Semantics, you say. But no, this is a profound change. In the old days, when Windows or some other Microsoft product reached the RTM milestone, it was only a matter of hours or days before it began distributing that release to key customer groups like RDP (Rapid Deployment Partners), developers (through MSDN), IT pros (through TechNet) and volume license customers. In fact, this phased rollout always filled the gap between RTM and GA (general availability), the time at which customers could purchase/download the new software or, in Windows' case, acquire it with a new PC. And that gap has always existed so that PC makers had time to add this software to their new PCs and test the configurations they would sell.

Two things are different this time. Windows 8.1 is not complete, and as Microsoft corporation vice president Antoine Leblond wrote in the blog post announcing this milestone, no one is getting the software "early" (i.e. between RTM and GA). Instead, Microsoft will use this time to "optimize the overall [Windows 8.1] experience for customers" and "put the finishing touches on Windows 8.1 to ensure a quality experience at general availability on October 18th." Windows 8.1 is not done. RTM does not mean RTM.

I explained this process with more detail in my news story Microsoft Finalizes Windows 8.1 Development, noting that Microsoft will use the time between RTM and GA to continue testing Windows 8.1 in anticipation of releasing a set of interim fixes, called Quick Fix Engineering (QFE) updates. These QFEs will be delivered to PC and hardware makers so that they can add them to their PCs and devices before launch. End users will receive these QFEs automatically via Windows Update within three days of GA.

The thing is, if users are going to be updated within days of GA, why can't power users—enthusiasts, developers, IT pros, and others—get the code now? Microsoft has people who are very excited to test and use this software, and it is instead reversing a decades-long policy in the midst of touting a "rapid release cycle" in which it is delivering a new version of Windows faster than ever before. But it's not, not really: You can't have a rapid release cycle without the release part.

Given the precarious nature of Windows 8, I think Microsoft is making a huge mistake here. Windows 8.1 is an update that would materially improve the Windows 8 and Windows RT experience, right now, if only users could get it. So instead of downloading the free Windows 8.1 update from the clean and known windows.com web site, enthusiasts will instead turn to the darker corners of the web where this build, yes, is already available.

I'm not going that route, but then I don't have to. I just wish Microsoft did the right thing for its best customers and closest followers. It seems unable to do that, and unable to adequately explain why.