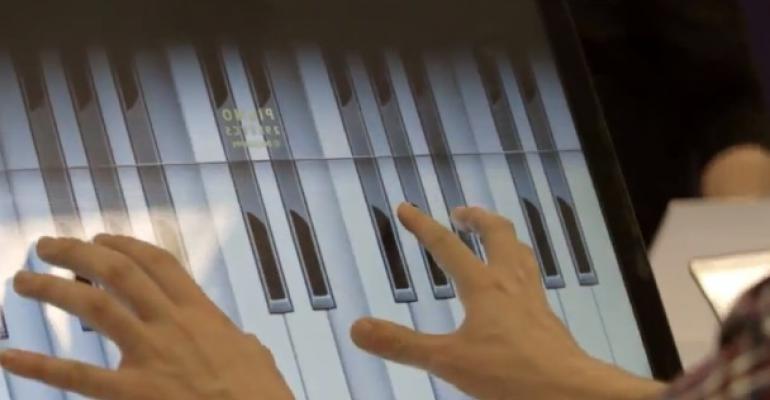 Paying Developers to Support Windows 8 is a Slippery Slope

Is this really a good strategy?

Windows 8 is following down yet another path first blazed by Windows Phone: With developers ignoring the platform in favor of well-entrenched competitors, Microsoft is forced to pay for apps. And this artificial platform growth may be the most telling sign yet that the OS is in trouble.

In the good old days, Microsoft would deliver a platform and developers would race to support it. Today, that’s no longer a given, and while some believe this to be a recent phenomenon, the truth is, this issue dates back to the Longhorn debacle of a decade ago. But the timing doesn’t really matter. If Microsoft can’t organically grow its new platforms, the future is already decided.

One of the most exasperating aspects to this is that the developer environment, SDK and APIs, and designer tools are all amazing, and they have been since the initial release of Windows Phone in 2010. Since then, of course, there have been a few major changes. Rather than base the Windows 8/RT developer APIs on the Silverlight/XNA platform it created for Windows Phone, Microsoft went in a completely different direction, and then it moved Windows Phone 8 over to a variant of this new system, called the Windows Runtime. But the core advantages of the developer platform remain, and on Windows 8/RT in particular, where WinRT supports a variety of programming models, the amount of choice is laudable.

By comparison, the Android and iOS developer platforms are a mess. Not that it matters: As these platforms have raced ahead, developers have adopted the tools en masse out of necessity and have immersed themselves in their weirdness and idiosyncrasies. (And while I know I’ll inevitably hear from some developers who wish to defend these tools, I’m going to have to chalk up those opinions to a tech version of the Stockholm syndrome.) The results speak for themselves, and what we see is a virtuous cycle: More users equates to more developers. More developers equates to more apps. More apps equate to more users. Wash, rinse, repeat.

Perceived as a laggard, Microsoft is (re)entering the markets for mobile devices—smart phones and tablets, primarily—years after the fact. The iPhone launched the modern smart phone market in 2007, and Microsoft released Windows Phone in late 2010. The iPad triggered a new market for tablet computing in early 2010, and Microsoft followed up with Windows 8/RT in late 2012. The result, as I noted in Microsoft and the Follower’s Dilemma is that these platforms may literally have come to market too late to make a difference, much as it was with the Zune’s release in 2006 (five long years after the iPod and three years after iTunes for Windows).

With Windows Phone, Microsoft has engaged in artificial platform growth by paying developers to release apps for a system they would not normally adopt due to low sales. The most recent and obvious example of this is Pandora for Windows Phone 8, for which Microsoft provided both development and financial support. That the app is excellent is almost beside the point: Pandora’s first mobile apps appeared in 2008, five years ago, and Pandora is already a fixture on every successful mobile platform. As is the case with other high-profile titles that eventually make their way to Windows Phone—the “Angry Birds” games being great examples as well—their eventual arrival on Microsoft’s smart phone platform is certainly pleasing to fans but also serves to highlight the gap between the tier-A systems—Android, iPhone—and Windows Phone.

This situation has repeated itself with Windows 8/RT, which managed to ship without such key apps as Facebook and Twitter, despite the fact that both are major Microsoft partners and both actively support even Windows Phone with native apps. Even Microsoft itself has not adequately supported Windows 8/RT with native apps: The “core” apps included with the OS are widely considered a joke and have never been updated in any meaningful way (though there are rumors that could soon change). And the only truly excellent apps that do ship with Windows 8/RT include advertising, a first for Windows that is in its own way a slippery slope of a different kind.

So now Microsoft is paying developers to write apps for Windows 8/RT.

As part of a promotion called Keep The Cash, the firm is now offering up to $2000 to developers who create a new app for Windows 8/RT (or, for that matter, Windows Phone 8; no need to mess with tradition). The offer is good for the first 10,000 qualified published apps, suggesting that Microsoft could eventually pay out a couple of million dollars. And while that’s a relatively small amount of money for a company that has tens of billions in cash assets, it’s still a bad sign. Because developers aren’t racing to these platforms of their own volition.

Obviously, the app/user base thing is a chicken and the egg proposition, and given Microsoft’s inability to organically attract developers for the past decade, its desire to jump start the market is completely understandable. But I’m worried about what this says about these platforms, and what the perception is when Microsoft is basically paying developers to support something they might have otherwise ignored.

Maybe the end will justify the means. Or maybe, as I wrote in Microsoft and the Follower’s Dilemma, it’s simply too late. I’m curious to see how this plays out.