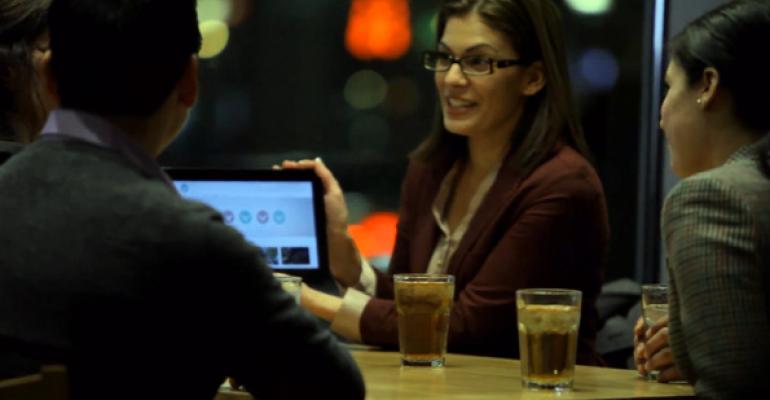 Even if the iPad is a PC, Windows still rules this combined market

With Microsoft officially admitting that the iPad and other full-sized tablets are PCs, I was planning to revise the way I calculate PC market share going forward. But there’s no need to wait: Using data from Q1 2013, we can comingle PC and tablet sales data pretty easily. And when we do, something interesting emerges: Windows PCs still dominate this newly combined market.

If you haven’t yet read It’s Official: The iPad is a PC, please do so. In it, I explain my own struggles defining the iPad over the past three years and Microsoft’s official outing of the iPad and other full-sized tablets as PCs. I was interested to see the blowback from that post, though I admit that it wasn’t entirely unexpected. Some people can’t possibly understand why Microsoft is the arbiter of this information. Others believe that it’s always been obvious that the iPad was a PC. And still others pedantically argue that the other “real” PCs are those that descend technologically from the “original” IBM PC.

Here’s my take: The term PC preceded IBM and simply means “personal computers.” The iPad and other tablets are very obviously “personal computers” and are arguably far more “personal” than today’s mainstream Windows-based PCs and Macs, though it’s worth mentioning that Microsoft is trying to change that with Windows 8.x and the move to, yes, more personal devices.

So why isn’t a smart phone a personal computer? You know, arguably for many it is. But I think, for now at least, that the term PC should apply to those devices that represent most people’s primary personal computing experience. For the most part, that is traditional PCs and tablets. PCs.

Regardless of our opinions about the term, Microsoft did say that iPads and other full-sized tablets were PCs. So it’s possible to measure how well this commingled market of PCs and tablets looks, and what type of market share each platform—Windows, Google (Android/Chrome), and Apple (iOS/Mac)—commands. Going forward, we’ll be able to measure trends, both predicted and realized, and see how these platforms perform.

First, we need some numbers. We know that PC makers sold 77.75 million PCs in Q1 2013, using an average of the numbers provided by IDC and Gartner. I can’t do the same for tablets, because I can’t find Gartner figures for Q1 2013, but according to IDC, hardware makers sold 49.2 million tablets in the quarter. So the combined worldwide market for PCs—that is, traditional PCs and tablets—in Q1 2013 was about 127 million units.

So we have three major platforms to consider:

Windows. Apple sold 4 million Macs in Q1 2013. And rounding up, let’s give 1 million to Linux + Chrome OS. That means that 72.75 million Windows-based PCs were sold in Q1. According to IDC, total Windows tablet shipments in Q1 were 1.8 million units. So the total for Windows is 74.55 million units.

Google. According to IDC, there were 49.2 million tablets sold in Q1 2013. Since 19.5 million were iPads and 1.8 million were Windows tablets, we can assume that 27.9 million of those tablets were running Android. And while there are no good figures for Chrome OS—some believe, as I do, that they’re not selling all that well—I’m going to ham-handedly give them 1 million for that. It’s probably closer to 500,000, to be honest. But … that’s 28.9 million units for Google.

If these numbers are accurate, Windows controlled 59 percent of the PC market in Q1 2013, followed by Google with 23 percent and Apple with 18.5 percent. Windows is much bigger than the other two platforms (really, the other four platforms) combined.

A couple of things to think about.

First, these are obviously rough numbers. I’m sure some will quibble with me giving Chrome OS too much credit, and I would prefer to have Gartner numbers in the tablet column. This will get better and easier over time.

And second, now that we’ve arrived at a rough idea of how the market looks today, we need to start thinking about trends. Were I a betting man, I’d bet that Google (mostly because of Android) is going up, Apple is going down, and Microsoft is roughly flat over the past several quarters. But this is just my perception and isn’t based on any actual analysis. I’d like to start looking at these trends next.