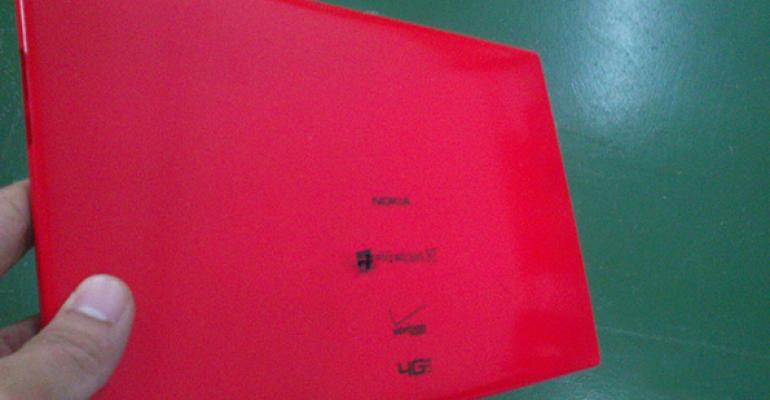 With other tech blogs leaking information about Nokia's "Sirius" tablet, it's time to come clean on what I know. And yes, I can confirm that the rumors are true: Nokia will soon launch a 10.1-inch Windows RT-based tablet.

Mary Jo Foley first wrote about Sirius in early August in Nokia's coming tablet and phablet: Rumor roundup. And today, Tom Warren at the Verge published a post, Nokia Sirius: a 10.1-inch Windows RT tablet that looks like a Lumia, which covers this coming tablet in detail. These reports are correct.

Here's what I know about the Nokia "Sirius."

It runs on a quad-core Qualcomm 8974 (ARM) chipset and features a Screen: 10.1-inch, 1920 x 1080 IPS screen that features "outdoor readability." The battery life is rated at up to 10 hours. Weight is 1.3 pounds, and its .35 inches thick. There will be a few versions, including one with LTE, and the device features a 6.7 megapixel camera with Carl Zeiss optics, just like Nokia's Lumia 92x handsets. (Tom notes a 2 megapixel front-face camera but the material I've seen doesn't mention that.) Nokia plans to offer consumers unique companion experiences with Nokia apps across both Windows RT and Windows Phone 8.

As a leaked photo reveals, the device will be made available in a brilliant red color. This is the only color choice I know of, but there might be others. Tom notes that it include a microSD port to extend the 32GB of storage, a Micro HDMI connector, and a Micro USB port, but I can't confirm those features.

The only peripheral I'm aware of is an innovative multi-function cover with keyboard and additional battery life.

Pricing, sadly, starts at $499, which matches Tom's description that the Sirius will be "priced comparatively with Apple's iPad."

What I don't know is the final name of the product. Tom says that Nokia will unveil the tablet at a launch event in New York that is currently scheduled for September 26. I've not been invited to any such event, and I'm not aware of anyone who has. But that date has been tossed around a lot and is probably correct.

My take is obvious enough: Any Nokia tablet is interesting, but it's far too expensive and runs Windows RT. And sorry, but both of those are minuses.