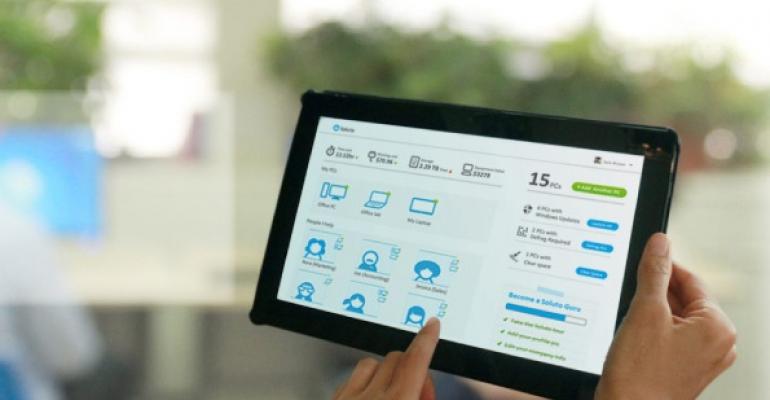 A recent report from Soluto offers some insights into how Windows 8 users are adapting to the new OS. Unfortunately, most people seem to have misconstrued the data. And the results aren’t just logical, they’re exactly as expected.

The report is based on an analysis of almost 11,000 Windows 8 PCs and over 300,000 “Metro” app launches across 9600+ unique Metro apps, Soluto says. It seeks to answer a common set of questions about Windows 8 usage:

Do people really use Metro apps?

Compared to the very real problems with Windows 8, these questions are perhaps side stories. That said, the last question cuts to the heart of the first big misunderstanding that my fellow tech writers have had about this report. More on that in a moment.

Here are the findings.

Metro apps are launched fairly rarely, it turns out: An average of just 1.52 times per day, according to Soluto. Many have contorted this into some kind of a failure for Microsoft, but my takeaway is pretty obvious: The vast majority of Windows 8 users still have traditional, non-touch PCs. And while everyone probably tools around a bit to see what these apps are all about, most of us likewise probably go back to using the desktop applications we’re familiar with. Shocker.

Soluto’s report does reveal something else that’s obvious: Users with touch-based tablets use Metro apps a lot more than users with desktop PCs. In fact, almost exactly twice as much: Tablet users launch 2.71 Metro apps each day compared to 1.41 Metro app launches on desktop PCs. Some will point to the fact that 2.71 is still a pretty small number. But Metro apps just keep running, so I’m not sure what Soluto means by “launch”. Is it “start from scratch, where the app wasn’t previously running” or does it include “return to an app after doing something else”? I suspect it’s the former.

Where I start to get really suspicious is the data for the percentage of users who launch a Metro app less than once per day. According to Soluto, fully 44.38 percent of tablet users don’t launch more than one app a day. Sorry, but that’s not only unlikely, it’s almost impossible. At that level of usage, they’re not even using the device. Whatever, moving on.

Soluto also looked at which apps were most often used. Not surprisingly, it’s “most tried” list is basically a rundown of the apps that are built into Windows 8: Communications apps (Mail, Calendar, People, Messaging), Photos, Reader, Camera, Bing Weather and so on. The only non-bundled app that made the top 10 was Netflix. Again, no surprises at all.

Soluto also called out “the most engaging” Metro apps, which it describes as apps that have a significant amount of usage. The top five include Yahoo! Mail, Social Jogger, Social Networks, Lync MX, and the Communications apps (Mail, Calendar, People, Messaging). Now, this may seem curious at first glance, but it’s not: Every single one of these apps is about communicating, often in real time, with other people. And that’s why they’re used so much: Yahoo! Mail is a hugely popular (if AOL-ish) email service, Social Jogger and Social Networks help you connect to social networks (Facebook, YouTube, Flickr, and so on) that aren’t directly supported by standalone Metro apps, Lync MX is for corporate communications (audio, video, text, online meetings) and the Communications apps obviously include both email and messaging capabilities.

Again, this is not surprising.

(I goofed on Yahoo! Mail users, or “simpletons,” in Short Takes this week, which caused a few faux sensitive types to pretend that I had written something shocking. But even Soluto drew this same comparison in perhaps friendlier terms: “Yahoo! Mail is an extremely engaging app showing that Yahoo! Mail users 1) love Yahoo! Mail and 2) get along with the Metro interface.” Exactly.)

Soluto offers up sort of a wishy-washy set of non-conclusions, but as I’ve noted repeatedly, this data just backs up what we already know: Windows 8’s Metro environment is a new, incomplete environment that offers little for the vast majority of PC users—about 1.4 billion of them, according to Microsoft—who use traditional PCs. Users with touch-based tablets use more Metro apps than those of us without. Everyone checks out the built-in apps. And the apps with the highest engagement are—get this—those in which you communicate with other people, often in real time.

I feel like I already knew all this. But I do apologize for not writing a link-bait headline. I know that’s how this is supposed to work.