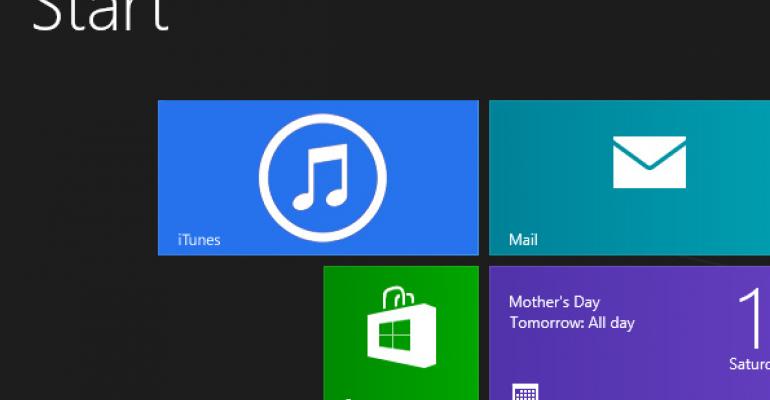 We don't need no stinkin' iTunes

Microsoft revealed this week that Apple has no plans to make a “Metro” mobile app version of iTunes for Windows 8 and RT. Sounds good to me: iTunes is an anachronistic and outdated music service that hasn’t kept up with the times.

Coincidentally, Apple’s dominant music service celebrated its 10-year anniversary about two weeks ago. Launched in late April 2003, iTunes was successful at first thanks to Windows users, despite the fact that Apple didn’t launch a decent version of the application on Windows until last year, with iTunes 11.

You can check out all my old reviews of iTunes in iPod, iTunes, and Apple TV: A Look Back for the gruesome details. But it boils down to this: “My relationship with Apple's iTunes software quickly entered a downward spiral and just got worse and worse with each subsequent release. As any iTunes user will tell you, they put up with it because they have to.”

Of course, as Apple expanded its device lineup into the iOS era, iTunes got a lot better … on iOS. And it evolved to support iCloud-based access to your purchase music library, a feature that I think was implemented very nicely. (Still is.) The issue, however, is that Apple never expanded iTunes beyond its original mission of being a jukebox and music store. That is, for all the hype that surrounds Apple, iTunes is in fact very old fashioned. It’s still just a digital version of a record store.

Here in the 21st century, a new generation of music lovers are turning to other forms of music consumption. So while grandma is still browsing iTunes for music to buy, real music lovers are turning increasingly to online subscription services like Pandora, Spotify, Nokia Music, Xbox Music, and many others, all of which offer a heck of a lot more variety and functionality than a dopey, old fashioned services like iTunes that only offer pay-per-song capabilities.

Apple not making iTunes for a modern system like Windows 8/RT makes sense. But if you care about moving forward to a more modern way of doing things, you should be OK—if not happy—that they are ignoring Metro.

Today in Windows 8/RT, we have a few decent choices in music services, like Nokia Music and Xbox Music, but we still lack Metro versions of Pandora and Spotify. (If you’re running Windows 8, of course, there are desktop applications for each, and both work from the web as well.) These are far worse losses than iTunes, frankly. (And go figure, but both Pandora and Spotify are available on Windows Phone 8.)