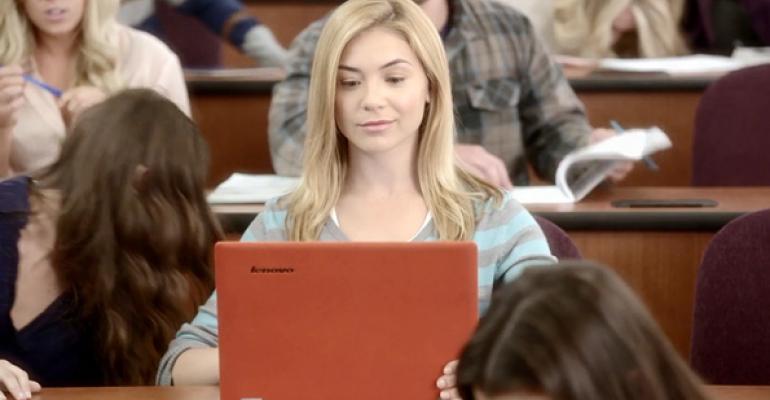 New Windows 8 “Back to School” Ad Strikes the Right Balance

Microsoft’s recent spate of ads which pit a Windows 8 device against the iPad—especially the ones feature the Siri-style voiceover—have been generally funny. But the latest in the series of ads is particularly effective. It takes place in a college classroom and shows off the versatility of a hybrid Windows 8 device quite nicely.

In this ad, you can see a single student using a Lenovo Yoga amidst a sea of initially mocking iPad users. But when the professor asks for the students to take out the book and take notes at the same time, only that Windows 8-using student is ready and can do two things at once. The iPad users fumble with their silly third-party keyboard attachments (and in one humorous case ham-handedly try to type right on the screen).

And then there’s the coup de grâce: An iPad-toting fellow student emails our Windows 8 user and asks for her notes.