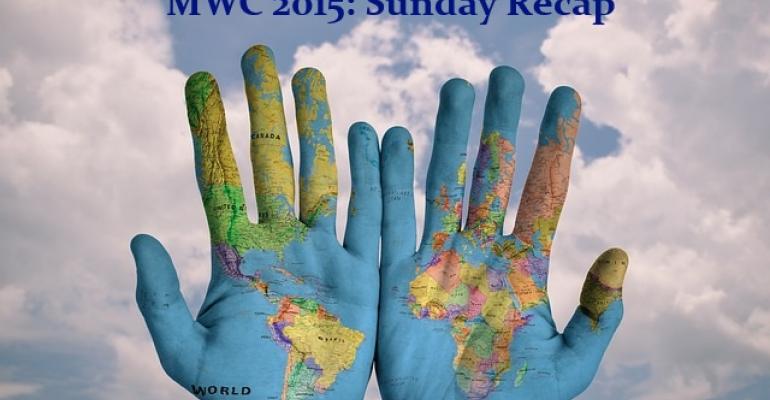 The annual Mobile World Congress officially began today however, like at many of these big trade shows, there are always pre-event announcements and press conferences to announce new devices.

Although there were many devices announced on Sunday, I want to focus and summarize those that are Windows, Windows Phone and Microsoft related.

Each day of MWC 2015 we will highlight the new hardware and services in a blog post like this to bring together those items in one central place for your review and reference.

This is one of the latest entries in the sub-10 inch tablet category which takes advantage of the free Windows 8.1 with Bing licensing to deliver the full version of Windows in a compact device.

The MIIX 300 will be available starting in July through major retailers and will cost $149. I wonder if it comes in a clean version. Still too soon maybe?

This looks like a premium product, with premium specs but without the typical premium price tag.

Of course the HP Spectre x360 comes with the normal collection of specs:

The Spectre x360 is available right now at HP.com and will be available at Best Buy on 15 March.

Here are the specific configurations the HP Spectre x360 will be available in:

Right now estimated ship dates from HP online is mid-March for the i5 models and immediate shipping on the i7 option.

Acer decided the time was right to come onboard with the Windows Phone ecosystem and they are introducing their first Windows Phone device. It is joining the inexpensive Lumia handsets that are already out there and will cost 79 Euros or $89.

The press release was light on specs but this video summarizes those that were made available publicly.

The phone will be upgradeable to Windows 10 when it is released later this year however the device may only be available in Europe, Middle East and Africa. No word about US based options.

I only mention these new Android based handsets for one reason that is the fact there will be Microsoft apps bundled on these devices out of the box.

Users will find Skype, OneDrive and OneNote in their own folder which will already be pinned to the devices homescreen.

Since Microsoft and Samsung settled their royalty related court case last month this is likely one of the elements of that settlement.

Stay tuned each day as we recap all the big Windows and Microsoft related announcements during MWC 2015.