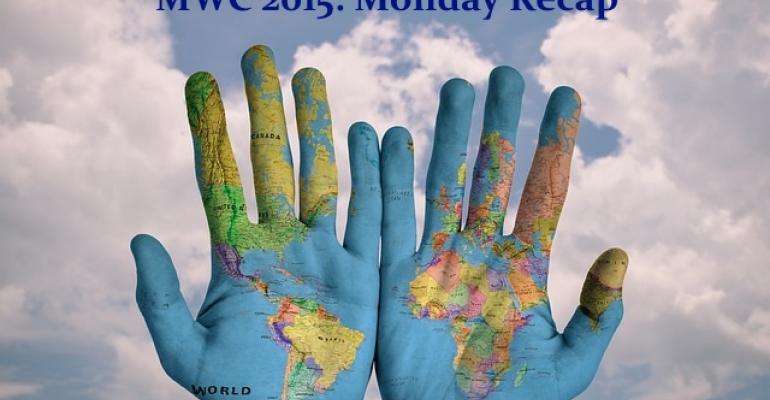 Monday opened up with Microsoft’s annual MWC press conference to talk about mobile offerings from the Redmond company.  It was led by Stephen Elop and included demos of Windows 10 on phones, universal apps, Office apps Outlook and Excel on Windows 10, Cortana and Surface Hub. Unfortunately, there were no surprise announcements to rock everyone’s socks off.

We did learn the Lumia 640 and 640 XL, which were leaked early Sunday morning by accident, were officially the newest handsets getting ready to join the Windows Phone ecosystem. A few hours later AT&T ponied up an announcement to confirm the handsets would be carried by them in the US but no real details on their cost or availability.

We also found out that there will be another update to Windows Phone 8.1 called Update 2.  This was discovered while reading the system requirements for the freshly announced Universal Foldable Keyboard which happens to need Windows Phone 8.1 Update 2 to work properly with Windows Phones.

The big announcement for today may have been the briefing that was giving in Barcelona to developers about Microsoft’s Universal App platform.

The briefing by Kevin Gallo, who has been blogging about Universal Apps and app development in the Building Apps for Windows Blog, focused on three platform goals.

Driving scale through reach across device types with mobile experience

As we built the universal app platform, we set out to ensure that all Windows developers would equally benefit from this one core. The platform enables a new class of Windows universal apps – apps that are truly written once, with one set of business logic and one UI. Apps that are delivered to one Store within one package. Apps that are able to reach every Windows 10 device the developer wants to reach. Apps that feel consistent and familiar to the customer on all devices, while also contextually appropriate to each device’s input model and screen size. The new universal app platform completes our developer platform convergence by providing you with the ability to finally create one app that can run on mobile, desktop, console, holographic, and even IoT devices.

The universal app platform is designed to help you quickly build these new mobile experiences that are both consistent yet flexible, enabling you to deliver a unique, highly-personalized experience to delight and engage your customers across each device family you target.

These universal apps use elements such as:

Maximizing investments in your app and web code

We’ve designed Windows 10 to continue to support existing Windows apps and desktop applications on the devices for which they were developed. And we’re working to make it as easy as possible for you to bring those investments forward to the new universal app platform.

For HTML developers these new enhancements in Windows 10 will help them move to full universal apps:

I know that devs are taking in every detail of today’s briefing but this was really just a teaser leading up to Microsoft’s BUILD conference which will be held 29 April to 01 May in San Francisco. It is at that event that we are expected to see Microsoft dive deep into these new technologies and help bring developers onboard with the universal app process.  Something tells me there is a lot of interest as this year’s BUILD conference sold out in one hour.

Stay tuned each day as we recap all the big Windows and Microsoft related announcements during MWC 2015.