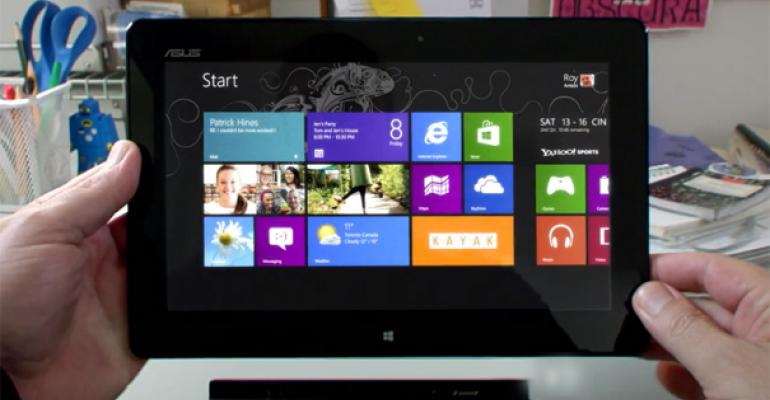 The Morning After: A Look at the New Normal in Windows 8 Upgrade Pricing

You were warned, and repeatedly. But if you visit windows.com or an electronics retailer today, you’ll find that Microsoft has reverted to its normal Windows 8 Upgrade pricing, which other tech outlets have incorrectly described as a “500 percent price hike.” Still, after a few months of incredibly reasonable pricing, these more typical prices—the new normal, same as the old—are a bit tough to take.

I wrote previously that these “new” prices are in fact identical to those of the previous Windows version, Windows 7. See Fact Check: Windows 8 Pricing Identical to That for Windows 7 for details. Today, I’d like to just examine what’s changed when buying Windows 8 as we move past the promotional pricing bubble.

One major change is that the Windows 8 (“Core”) Upgrade is now available for purchase. Before February 1, 2013, you could only acquire this basic version of Windows 8 through a new PC purchase.

The Windows 8 “Core” Upgrade is $119.99, both on windows.com (electronically) and from retail outlets like Microsoft Store, which offers this software electronically, in traditional retail packaging, or in a download + disc format. In case it’s not obvious, this means that there is now a web installer version for Windows 8 Core, and not just Windows 8 Pro as before. Or, put more correctly, you can now choose between Windows 8 and Windows 8 Pro when you use the web installer.

Now that Windows 8 Core is widely available, I’ll publish something about choosing between this version and Windows 8 Pro.

Previously available at an enormous discount electronically and a decent discount in retail form, Windows 8 Pro is now $199.99 no matter how you buy it. You can still do the electronic route at windows.com or you can visit retail outlets such as Microsoft Store.

This curious offering is aimed only at users with Windows 8 “Core.” It upgrades your PC with two components, Windows 8 Pro and Windows Media Center, and costs $99.99. You can only purchase the Pro Pack electronically from within Windows 8 Core: Just use Start Search to find Add Features to Windows 8 (hint: It’s under Settings).

This offering is aimed only at users with Windows 8 Pro. It upgrades your PC with what is basically the Windows 7 version of Windows Media Center and costs $9.99. (It was free until January 31.) You can only purchase the Media Center Pack from electronically from within Windows 8 Pro using Add Features to Windows 8 as described above.

Because all modern PCs are eligible for the Windows 8 upgrade versions, Microsoft no longer offers “Full” versions of Windows as it did in the past. And while you can (and should) use the directions in Clean Install Windows 8 with Upgrade Media to perform a clean install with Windows 8 Upgrade or Windows 8 Pro Upgrade (and, if necessary, use the workarounds in Clean Install Windows 7 with Upgrade Media to get it activated without calling Microsoft), some people will still need a software product that equates to the old “Full” packaging. So system builders—small companies that build PCs—and even enthusiasts who build their own PCs from scratch and thus do not qualify for the Windows 8 upgrades, can purchase so-called “OEM” versions of Windows 8.

Excluding multi-license packages, you will find the following (with links to Newegg):

As you can see, these prices are lower than what Microsoft charges for the Upgrade versions. But you should be aware of a few things. First, you can’t upgrade an existing PC with these packages. And second, I can’t imagine why anyone but a system builder building a Clover Trail-based device would put a 32-bit version of Windows 8 on new hardware. If you’re going to go OEM, buy a 64-bit version.

Hopefully, you took advantage of Microsoft’s crazy promotional pricing on Windows 8 Pro Upgrade before. But if not, at least you know your options. And of course, there are still some promotions available. For example, Students can get Windows 8 Pro Upgrade for $69.99. And as was the case with the Windows 7 Family Pack, I hope and half expect to see it return temporarily in the future, perhaps timed for the next holiday season.