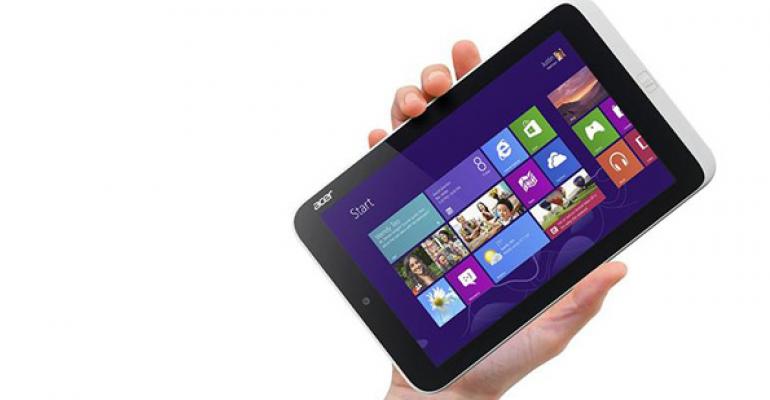 Mini-Tablets Will Not Take Over Windows Ecosystem This Year

One of my worries with Windows 8 is that it will succumb to a Windows Phone-like spiral where Microsoft is constantly looking to the next change as the platform savior only to discover over time that it’s just a treadmill that never stops. And so it is with the coming generation of mini-tablets: They will not save Windows 8.

This opinion is a combination of common sense and a purported bit of internal Microsoft documentation that (potentially) sheds light on how mini-tablets will impact the Windows 8 hardware ecosystem.

If you can get past your own personal biases for a moment (seriously, no one cares whether you like Metro) and really examine what’s wrong with Windows 8, it’s not all that hard to arrive at a short list and a fairly obvious set of fixes. I wrote a series of articles called Fixing Windows 8, for example, and an article, It’s Time to Bring Back NT, that I think nicely cuts to the chase. You may have your own ideas.

But the “need” for a mini-tablet shouldn’t be on anyone’s list. It’s not that such a thing isn’t welcome, though I’ll argue that the success of Windows 8 mini-tablets will suffer from the same issues as Windows RT does today, including a total lack of ecosystem support (entertainment services, games) that will only be fixed by time. It’s that mini-tablets, unlike full-sized tablets, are not even remotely acceptable as PC replacements. Not quite literally but almost.

Put another way, the same type of people who bought Windows RT devices will buy Windows 8 mini-tablets. This is a relatively small market, a group of people who for whatever reason are really faithful to the whole Microsoft thing. They’re out there. Just not in any appreciable volume.

I know, some won’t like this assessment. Again, it’s just common sense.

But assuming the documentation I’m looking at is real, you don’t even need common sense to realize that mini-tablets won’t be the panacea that saves the Windows 8 device market. Because what this shows is that only a tiny handful of such devices are going to ship in time for the 2013 holiday selling period. How many, you ask?

These figures are preliminary, but they apparently represent what Microsoft’s partners have committed to making this year. (That said, it’s possible that the 3 figure doesn’t include Microsoft’s coming 8-inch tablet; the document doesn’t explicitly mention Surface.)

Put another way, there are 35 new Windows 8 tablets coming this year. Three of them, or about 8.5 percent, will be mini-tablets with 7 to 8.3-inch screens.

Adding to the confusion, two of these mini-tablets will apparently sell for $299 to $399. The other is supposedly hitting the $800+ segment. I have no idea how that’s possible. (Two of the full-sized tablets are aiming for the $299 to $399 market segment as well.)

I welcome the introduction of Windows 8 mini-tablets and think they will make fine companion devices going forward, especially as the content ecosystem catches up. But let’s not fool ourselves into believing that these devices will do anything to trigger a Windows 8 device sales surge. And that’s true regardless of how many of these mini-tablets actually hit the market.