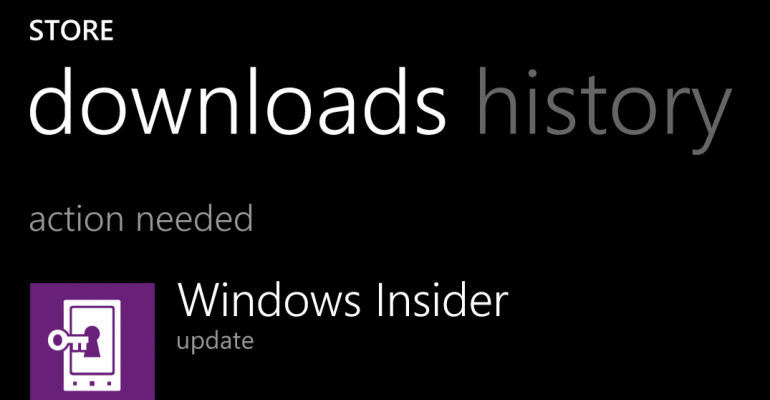 Earlier this week I shared my experience running the Windows 10 for phones technical preview on my Nokia Lumia 1520 which I was able to do thanks to a popular hack shared on the XDA site.

Microsoft has warned everyone many times over not to use such a hack as it is unsupported and Gabe Aul, the Windows Insider Ring Master, has kindly admonished those who approach him on Twitter for support for their hacked Windows 10 on phones installs.

Well overnight the Windows 10 Insider app for Windows Phone was updated and according to my sources this update now prevents the XDA hack from working and faking out the phone setup process by re-naming the device as one of the authorized handsets for the technical preview.

So what does this mean for all of the users without an authorized/supported Windows Phone handset?

Patience is now the order of the day but hopefully the wait will not be a long one. According to Gabe Aul we should see monthly build updates for the phone technical preview and more handsets will be added along the way.

Since it has already been over two weeks since the first Windows 10 for phones technical preview came out it means we are over half way through the waiting to see the next build and what phones get added.

I suspect we will see the high end phones added to the mix with the next build. Just based on the feedback they got when this build was released and the popularity of the XDA hack I think Microsoft knows more users want in on the preview and they want in sooner rather than later.

Did you try the XDA hack? Let us know how it went and whether you have rolled back to Windows Phone 8.1 already.